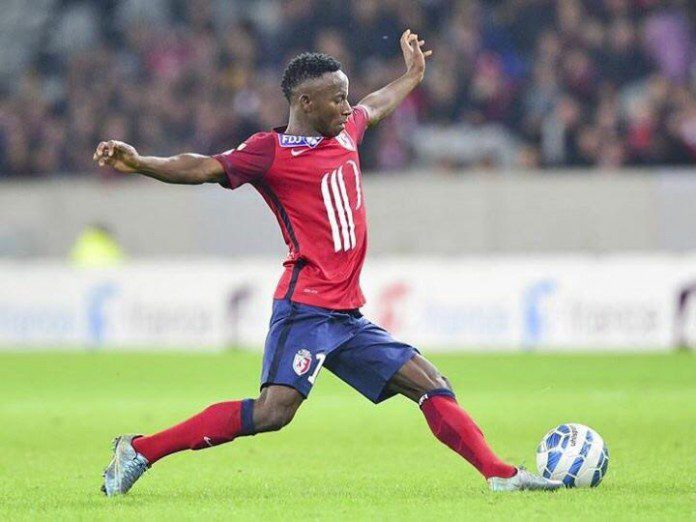 Yaw Yeboah in action for Lille

Ghanaian youngster Yaw Yeboah admits he would prefer to extend his stay at Lille to continue developing as a promising star.

The 18-year-old made his first team debut for the French club in their Ligue 1 defeat to Olympique Marseille last weekend.

Yeboah, an attacking midfielder is regarded as one of the brightest future prospects for the Black Stars following his excellent performance for the Ghana U20 team where he emerged the Best Player at the African Youth Championships earlier this year.

He is currently on loan from English giants Manchester City where he struggled to break into the first team.

And having made his debut in the French top flight and with the opportunity to play more games at the top level, the former Right to Dream Academy trainee hopes his stay at Lille is extended to aid his development.

“I have managed to get into the first team in a high level of football in the world,” he told GHANAsoccernet.com. Yeboah made his Ligue 1 debut against Marseille

“I made my debut in a big game against Marseille and that tells you the coach has a lot of confidence in me here.

“For now I think this is the best place for me to develop really well.

“Either my loan is extended or I get a contract to stay will make me very happy because I am happy and improving here.

“It is not easy for an 18 year old boy without any kind of experience at such a top level to come into the first team and have the confidence of the manager as I have so I am happy here.”

Yeboah after playing 15 minutes in his Ligue 1 debut for Lille was given 67 minutes in the French Cup win over Troyes three days later where he provided an assist and was adjudged man of the match.

He alongside Clifford Aboagye and Samuel Tetteh emerged the leading performers for the Ghana U20 team that crashed out of the World Cup at the Round of 16 stage earlier this year.