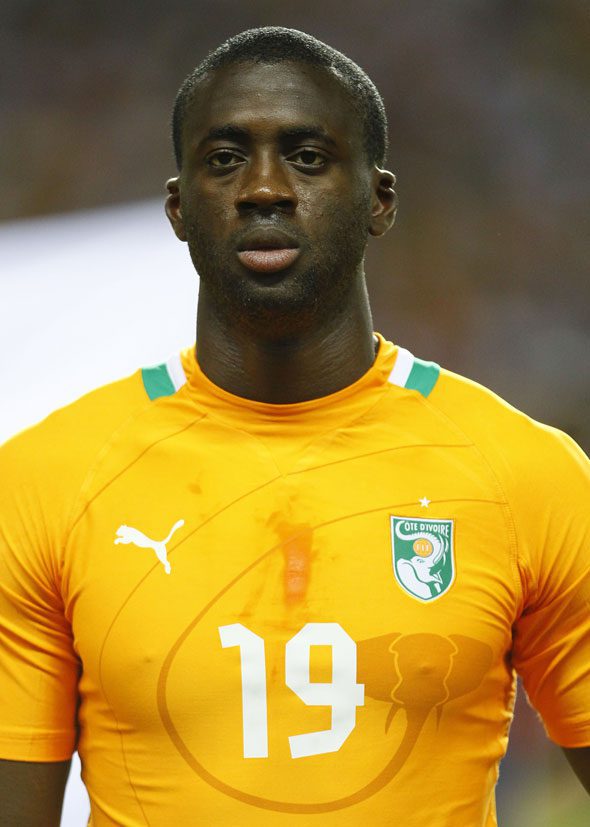 Ivory Coast midfielder Yaya Toure equaled the records of  Abedi Pele and  Samuel Eto?o when he landed his third successive African Footballer of the Year award on Thursday to cap a memorable week.

Just 24 hours after storming halfway down the pitch to score a goal in City?s 6-0 demolition of West Ham United in the first leg of the League Cup semi-final, a teary-eyed Toure was the toast of African football as he picked up the award at a gala ceremony in Lagos.

?I?m very proud and happy to be the winner today,? Toure, dressed in traditional Nigerian robes, told the audience.

?I congratulate my brother Obi Mikel who deserved it as well. It?s an unbelievable award for all those who helped me through my career a lot and those who supported me for a long time.?

The Ivorian came top of a poll voted by Africa?s national team coaches, who had Mikel second and Drogba third.

Toure?s success came at the end of a bleak 12-month period for individual achievement by African footballers.

Toure?s official citation praised him for his role in helping the Ivorians to qualify for the World Cup in Brazil but the choice is more likely for his consistency at club level in England and the dominant role he plays at Manchester City.

Chelsea?s Mikel was on the shortlist after helping Nigeria to the African Nations Cup title in February.

Toure joins an elite club following his hat-trick of wins.