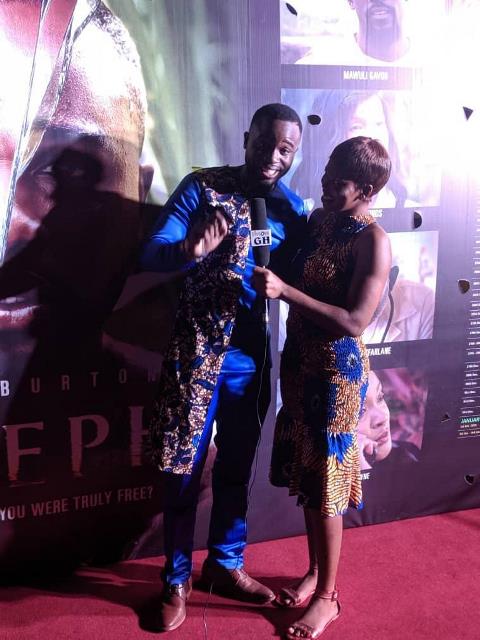 As Ghana climaxes its “Year of Return” with series of activities in December, a movie titled “Joseph” has been premiered in honour of one of the late Jake Otanka Obetsebi-Lamptey.

The late Obetsebi-Lamptey who once served as Minister of Tourism birthed the “Joseph Project” in 2007 as he sought to encourage Africans in the Diaspora to take a trip back home which coincides with the “Year of Return” as we commemorate the 400th year of the arrival of the first enslaved Africans in Jamestown Virginia in what was known as the Transatlantic Slave Trade.

Speaking at the premiere of the movie, Mr. Akwasi Agyemang, Chief Executive Officer of the Ghana Tourism Authority (GTA) said that, the storyline of the “Joseph” movie represents the motives of the Year of Return and also coincides with the project initiated by the late Minister.

Mr. Agyemang added, “the movie should inspire the spirit of oneness among us and a testament of why we should not give up as Africans”.

Mr. Dave Weekes, Executive Director of the movie, in his address, expressed his delight having been offered the platform to premiere the movie as part of activities marking the Year of Return.

“We are here in Ghana to report back, that the hemorrhaging which Africa suffered at the hands of the Transatlantic Slave Trade did not destroy our spirit. Indeed it has demonstrated the resilience of our people” he said.

He also revealed that, the working title of the movie had no knowledge of the work of the Late Obetsebi-Lamptey and sees it as divine destiny for the film to be given that title.

The film, shot in Ghana, Barbados and Jamaica was co-written and directed by Marcia Weekes is produced by Step By Step Productions Inc.

The movie tells a story of Kevoy Burton who stars in the movie as Joseph, who begins a quest to search for his true identity defying family conflicts and self-doubt to discover his African origins.

The movie would hit West African Cinemas in January 2020.

RAENEST to help Africans get hired and paid anywhere

Qatar 2022 World Cup tickets are too expensive for Africans

Why do Africans miss Formal Sector Investment every day?