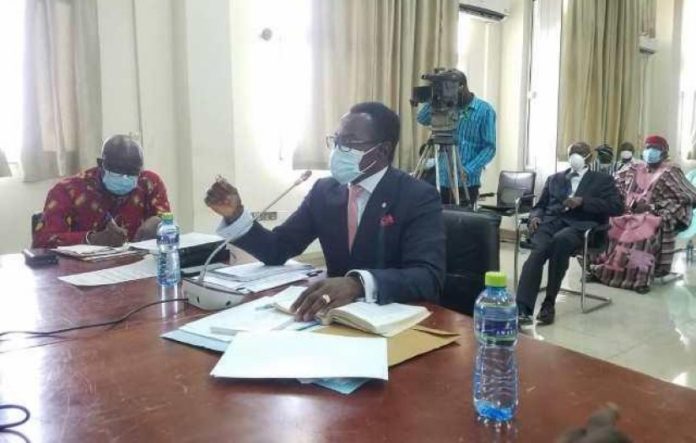 Mr Emmanuel Yonny Kulendi, a Private Legal Practitioner nominated to the Supreme Court has emphasized the need for a fundamental structural reforms of the judiciary to enable it deliver the justice that the people of Ghana need.

According to him if the judicial system does not function properly and the public lose confident in the administration of justice the alternative would not be good for the country.

“I would like to see the type of reform that would enable the judiciary add to infrastructure, support the training and capacity building of judicial staff, in-house training of lawyers among others”.

Mr Kulendi made the remarks when he appeared before the Appointments Committee of Parliament on Tuesday for vetting to the Supreme Court.

Mr Kulendi also stressed the need for Parliament to be sensitized on the needs of the judiciary so that they can support the institution through budgetary approvals.

“You cut their budget by half, you asked them to cut by 30 percent of internally generated money. Judges are hired and almost a year into their employment, they don’t have accommodation and a salary and you expect these people to be sacrosanct”, he queried.

Responding to a question from Mr Samuel Okudzeto Ablakwa, Member of Parliament (MP) for North Tongu, whether the death penalty should be abolished?

Mr Kulendi answered by stating that personally in terms of his faith and value system he does not subscribe to the death penalty unless it behooves in him as a judge to do as the law prescribe.

He explained that from his experienced and practice as a lawyer the legal trial processes which lead to the imposition of the death penalty are fallible and that life which is sacred should be preserved.

“Judges, courts and their processes however we endeavor, are things done by men and men are fallible and the processes we drive are fallible. I believe that life is sacred and men should not make it their place to take life”.

Responding to a question whether his relationship with the President Nana Akufo-Addo would not affect his decision on matters involving the President?

Mr Kulendi said that despite his relationship with the President, bias has not been part of his work culture.

According to Mr Kulendi as a judge his loyalty would be to the law and be true to his conscience and this would be his metrics.