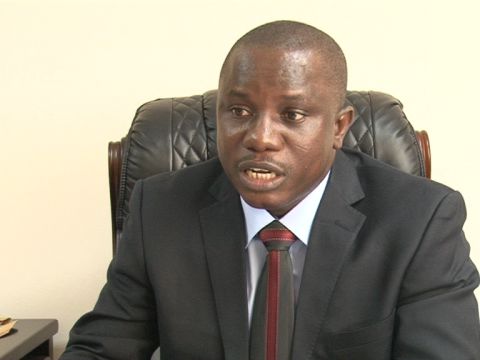 The Minister of Defence, Mr Dominic Nitiwul, has warned that anyone who will go back to mine in rivers and get arrested after the special military taskforce had flushed out persons and logistics involved in mining in a recent military operation, will have himself or herself to blame.

He said the special military team had been tasked to take action against anyone who will flout the directive, irrespective of the one’s political affiliation or social status, but not “assault anyone”

On Wednesday, April 22, 200 soldiers embarked on a special operation on River Pra in the Central and Western Regions, to remove all persons and logistics involved in mining, upon the President’s directive.

The endeavour is in furtherance of the final communiqué issued by stakeholders at the end of the two-day National Consultative Dialogue on Small-Scale Mining from April 14 to 15, 2021 in Accra, which recommended that all illegal mining in water bodies should stop immediately.

The Defence Minister announced this at a media briefing held by the Ministry of information, in Accra, on Friday.

He announced that two Chinese illegal miners were arrested at Atieku in the Central Region during the operation, and would be prosecuted according to the laws of the country.

However, no local person was arrested in the operation.

According to him, nine excavators and 127 changfans were seized and destroyed by the military taskforce.

The Minister said all the items seized would be destroyed, except those the Police would need for investigation and use them as exhibits in court during prosecution.

Mr Nitiwul said as part of measures to sustain the fight against galamsey, helicopters would patrol those places every three days and take action against anyone caught flouting the directives, but not “assault people”.

“The task of the soldiers and the Ministry of Lands and Natural Resources is to ensure that our water bodies are clean,” he added.

Mr Nitiwul was of the belief that the fight against illegal mining was a just cause and everybody should support the effort, rather than sharing fake videos about the military operation.

“The President must be applauded for showing courage in fighting galamsey to ensure that our rivers are clean and protect our forests from destruction.

“And so anyone involved in sharing those fake videos should stop, it will not help anybody,” Mr Nitiwul emphasised.

The Minister of Lands and Natural Resources, Mr Samuel Abu Jinapor, on his part, said the directive he issued on April 21 and published on April 23, for persons undertaking prospecting and/or reconnaissance activities in forest reserves to stop their activities ended today, April 30,2021.

Therefore, the Minerals Commission will, on May 7, publish the names of 105 companies holding prospecting and reconnaissance licences, as well as those whose applications were pending.

He explained that mining in forest reserves was lawful and that some mining companies had mineral rights to mine, but insisted that it should be done in accordance with the rules and regulations set in the Minerals and Mining Act 703.

Mr Jinapor announced that the Ministry had set up a Monitoring and Evaluation Desk to enforce the measures to sanitize the environment, and also enable individuals and organizations, who have information about persons involved in galamsey to report for prompt action.

He gave the assurance that the Regional and District Security Councils would be given logistical support to spearhead the fight against galamsey.

The Minister pledged to engage in further discussions with the University of Mines and Technology regarding a technology the University had developed to cleanse the polluted rivers.