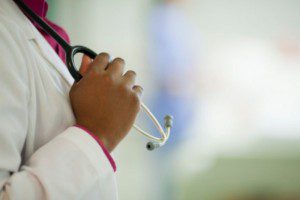 Professor Clifford Nii Boi Tagoe, a Consultant on Tertiary Education Systems, has advised young doctors to take a healthy interest in the public affairs of the country.

He said this was critical as scientists had left public affairs in the hands of people on the non-scientific side.
Prof Tagoe said this at the third Graduation Ceremony of the Accra College of Medicine (ACM) at the weekend on the theme: “Building Resilience in Medical Education Post COVID-19.”

He said, “our society, its education system, and its intellectual life, is characterized by a split between two cultures—the arts or humanities on one hand, and the sciences on the other.”

I urge that doctors balance this equation with more of a scientific turn of mind, he stated.
Prof Tagoe said doctors rendered public service, whether in a private hospital or a public facility, and as such must remained principled in their line of duty.

He said doctors must be selfless, and show integrity, objectivity, accountability, openness, honesty, and leadership in discharging their duty.

In the course of medical practice, quite occasionally, things do go wrong. But in such circumstances, let the principles I have recommended be your guide and always ensure that you get your procedures right,” he advised.

Prof Tagoe explained that the public affairs of the country were in a topsy-turvy situation with the present economic situation, increasing prices of drugs, laboratory investigations, and medical treatment generally have all become expensive and barely affordable.

“Nonetheless, it is my earnest hope that when your spirit of Heart-Power is called for, you shall not be found wanting,” he added.

Prof Afua A.J. Hesse, the President of the ACM, urged the graduating class to persevere and have a growth mindset to be able to adapt faster to things evolving around them and make an impact on the medical profession wherever they found themselves.

“Do not take networking for granted, be open-minded and accept wrong and criticisms and contribute significantly to your world of practice,” she advised.

Prof Hesse again encouraged the doctors to be innovative, determined, excellent, demonstrate integrity and above all be resilient when life throws hard at them.

Emeritus Professor Stephen Adei, the ACM Council Chairman, in a message read on his behalf, advised the class to show unconditional love and care to vulnerable patients who would come to them in their hour of need.
Eight doctors graduated with a Bachelor of Medicine.

The Accra College of Medicine, established in 2015, seeks to provide world-class medical education that is relevant, research-oriented and tailored toward solving Ghana and Africa’s health problems.

US Was Involved in Corruption in Afghanistan – Hamid Karzai

UNFPA Representative Presents Credentials to the Minister of Foreign Affairs

Otumfuo reiterates his commitment to work to promote peace