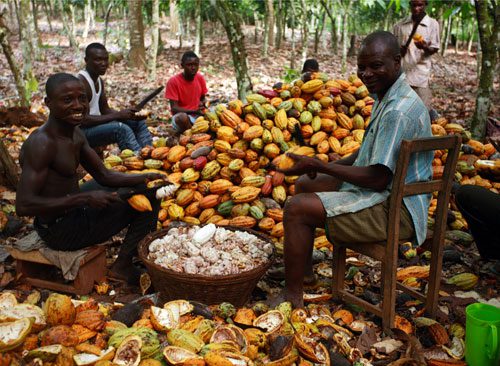 According to Mr. Osei, COCOBD is collaboration with the government of Ghana to roll out a program dubbed youth in cocoa production to encourage the Ghanaian youth to venture into cocoa farming. He was of the view that when more youth go in to cocoa farming it will help improve the cocoa sector, which is the back bone of the Ghanaian economy.

The health extension officer, made the call at the inauguration of youth in cocoa production at Bopa in the Akontonbra district of the Western region.
This was the third in a series of inauguration in the district which is considered a cocoa growing area.

Mr. Osei mentioned that Cocobod has put in place measures to the help any youth that goes into cocoa farming and cited free seedlings and agro-chemicals as some of the incentives.

He also said Akontonbra district alone is making available over one million seedlings and called on Chiefs to make farm land available to the youth.

Sefwi Bopa chief farmer, Nana Ampem, advised the youth to take cocoa farming seriously so that they can take over from the aging farmers.

He said government is doing well in cocoa growing areas and is incumbent on the youth to embrace cocoa farming so that Ghana can reclaim its position as the number one world producer of cocoa.

Prioritise access to finance for youth in cocoa production

Pension scheme will attract the youth to cocoa farming-Afriyie Akoto