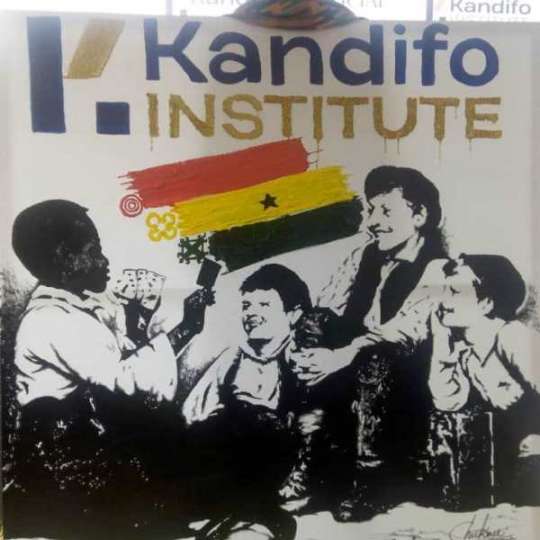 A policy think tank with special focus on empowering the youth with analytical thinking skills to contribute to governance and economic policies of the country has been launched in Accra.

The think tank dubbed; “Kandifo Institute” seeks to provide the youth with a platform and mentors to groom them with ideals and values to enable them to effect change required for development.

It also seeks to undertake research in the areas of leadership, governance and economic policy to initiate pertinent development discourse and to mobilise resources to undertake specific promotional activities in such areas.

Launching the think tank on Wednesday, Mr Palgrave Boakye-Danquah, the Executive Director of the institute, said making the youth the focus in the pursuit of the institute’s goals was key as it would create space for them in the development discourse and engagement and imbue in them the needed skill, knowledge and ability to take control of the future and drive development.

He explained that attaining development depended on effective appreciation, understanding and practical combination of the elements of governance, leadership and economic issues.

He urged government to build a nation on the pillars of strong leadership, good governance and a resilient economy, stating that they were essential in attaining the desired development agenda.

“The problem is that governance, leadership and economic policy analysis had been taken lightly and limited to news and political campaign instead of cogent technical delivery to satisfy targeted audience, including the youth.

“There is therefore the need to initiate a new process to influence the expectation of citizenry in the areas of governance, leadership and economic policy, set an agenda for the establishment of new values, which reflect freedom, prosperity, introduce a new culture of relationship between the ruled and the ruling based on accountability and devise new means of accomplishment for the youth,” he said.

Nana Appiagyei Dankawoso I, Chief Linquist to Nana Otuo Siriboe II, Omanhene of Juaben Traditional Area and Chairman of the occasion, lauded the timing of the launch of the institute, stating that it had come at a time when the country and the African continent were craving for good leadership, better economy and good governance.

He said so much effort had been made across the countries on the continent, including Ghana, to institute viable democracies that were based on rule of law, separation of powers, established electoral systems and vibrant press.

He noted that despite the successes chalked by some countries in such areas, more could be achieved if emphasis were laid on bettering the economic lives of the people through job creation, improved service delivery and increase in income.

He commended the Executive Director for initiating such a think tank with the youth in focus to build their analytical intellect and to help solve challenges that confront Ghana and the continent at large and to drive development.

Professor Baffour Agyemang Dua, the Chief Executive Officer, John Agyekum Kufour Foundation on his part urged the think tank to be courageous and steadfast in the delivery of its work to ensure that it effected the change needed for national development.

The institute in the past four months has organised four leadership hives and reached out to over 1,000 young students and initiated nine initiatives such as leadership hive, economic hive, governance hive, let’s go lower, Democratic Election Think Tank Centre, among others.