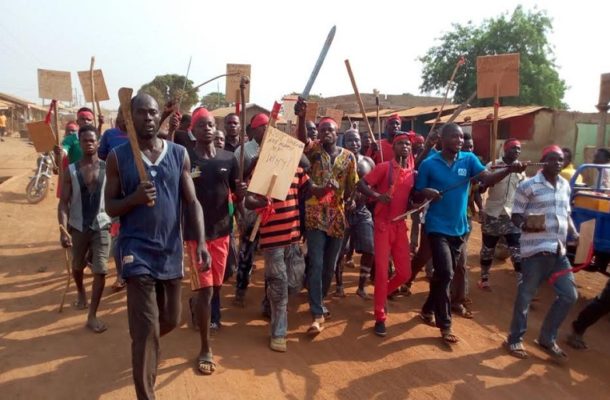 The youth in Amansie West District are up in arms against Asanko Gold Mining Company Limited, which has been operating the area, accusing it of not being a good corporate citizen.
They said the company had failed to live up to its corporate social responsibility to the people with its promises to build schools, health facilities and supply of potable water, left largely unfulfilled.

Addressing a press conference at Manso-Nkwanta, Mr. Eric Asamoah, spokesperson of the Amansie Youth for Development, said the constant use of explosives to blast gold bearing rocks had also weakened buildings in a number of communities in the area, including school structures.
He mentioned the worst affected places as Kwankyiabo, Koniase, Manso-Nkran and Dadiease.

He indicated that the walls of many of the building had developed deep and gaping cracks.
Mr. Asamoah also complained about the pollution of their water sources through the mining operation.
He said there was growing anxiety among the people that there could be a re-emergence of the debilitating buruli ulcer disease, which used to be prevalent in the area.
Their other worry was the refusal of the gold mining company to pay compensation to cocoa farmers, who lost their farms to the mine.

He claimed that despite repeated calls and reminders by the farmers, Asanko appeared unmoved.
Mr. Asamoah used the occasion to demand transparency and accountability in the disbursement of mineral royalties paid the area.
GNA