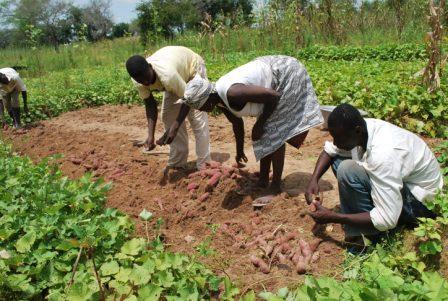 This, he said, would enable the district to take advantage of the one district one factory initiative.

Mr Woode praised the youth in the area for their active involvement in farming and increasing food production in the district.

Nineteen farmers, mostly youth, were awarded at the ceremony held under the theme “Planting for Food and Jobs–Consolidating Food Systems in Ghana.”

Mr Woode said the assembly would this year nurse 10,000 coconut seedlings to supply to farmers in the area for cultivation to serve as raw materials for a proposed factory which would use coconut husk to produce charcoal for the mining sector.

He said the active participation of the youth in agriculture and agribusiness would not only increase food production but also help to reduce the unemployment situation in the country.

Mr Woode called on Ghanaians to support the government to achieve the goal of using agriculture to create jobs, ensure food security and reduce poverty in the country.

Mr Alex Blankson, Member of Parliament for Akrofuom, urged the youth interested in farming to form unions so as to be able to get the needed resources to expand their farming businesses.

As part of efforts to empower the youth, a skills training programme had been instituted to help them become self-employed.

He expressed his gratitude to the extension officers in the district for their guidance and directions, which had helped the farmers in their activities.

Mr Kodie, the overall district best farmer, charged the youth to develop an interest in farming to help improve their economic status and living standards better.