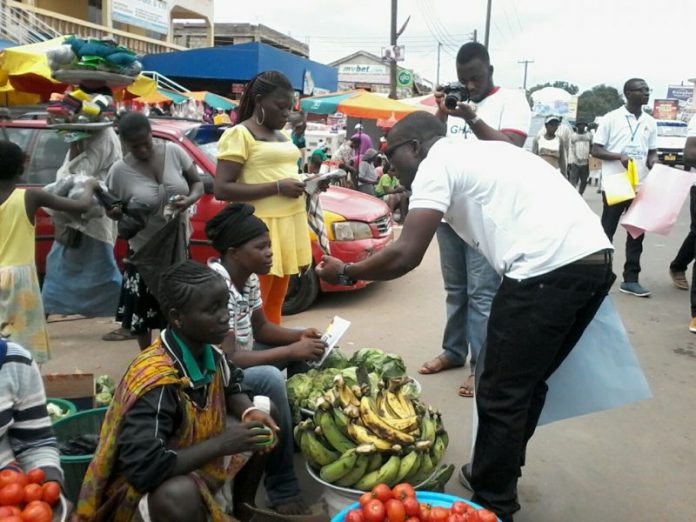 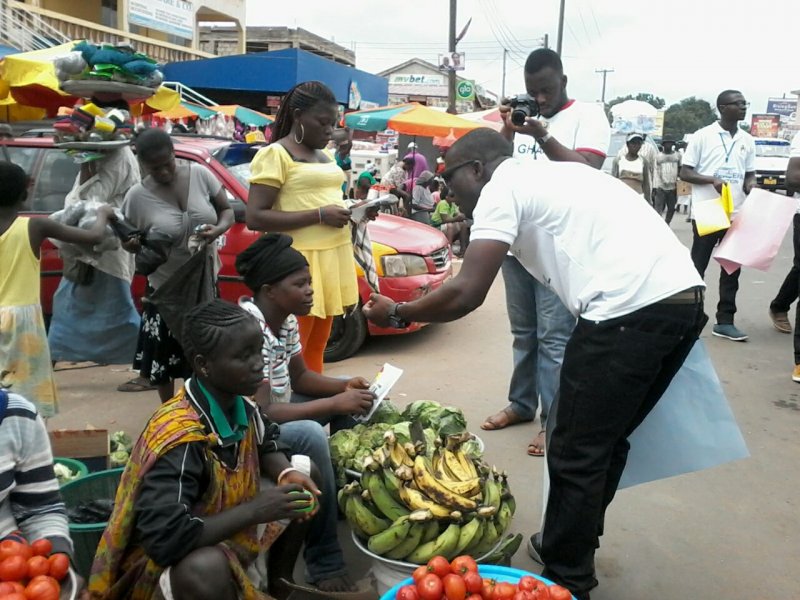 A Non-Governmental Organisation that operates under the umbrella name ‘Youth Network for Peace-Ghana’ (YNFP-GH) has made a clarion call to Ghanaians especially the youth to see peace as the basis for development.

According to the YNFP-GH, Ghana needs peace to be able to plan for the future especially as the country goes to the polls in December to elect its next President and lawmakers.

In their effort to create public awareness on the need for peace, members of the organisation stormed both the Dome and the Kaneshie markets on Saturday to distribute peace fliers and stickers for market folks and some drivers.

They took turns to interact with drivers, market men and women and the station officers and appealed to them to urge their members to support the peace campaign.

The chairman of the YNFP-GH, Michael Ofori Boateng said their target is to distribute over 5,000 fliers and stickers before the December 7 polls.

According him, their campaign for peace will not just end after the elections but it will go beyond.

He, however, called on corporate bodies to support them realize their dream.

Some members of the public commend them for their effort. Over 1000 fliers and 500 stickers were distributed on Saturday.

Some of the inscriptions on the fliers and stickers read, “Say no to violence, say no to tribal politics, say yes for peace, say yes to free and fair elections, let us ensure peaceful elections this year as one people with common identity.

The theme for the campaign was ‘Youth Network for Peaceful Elections’