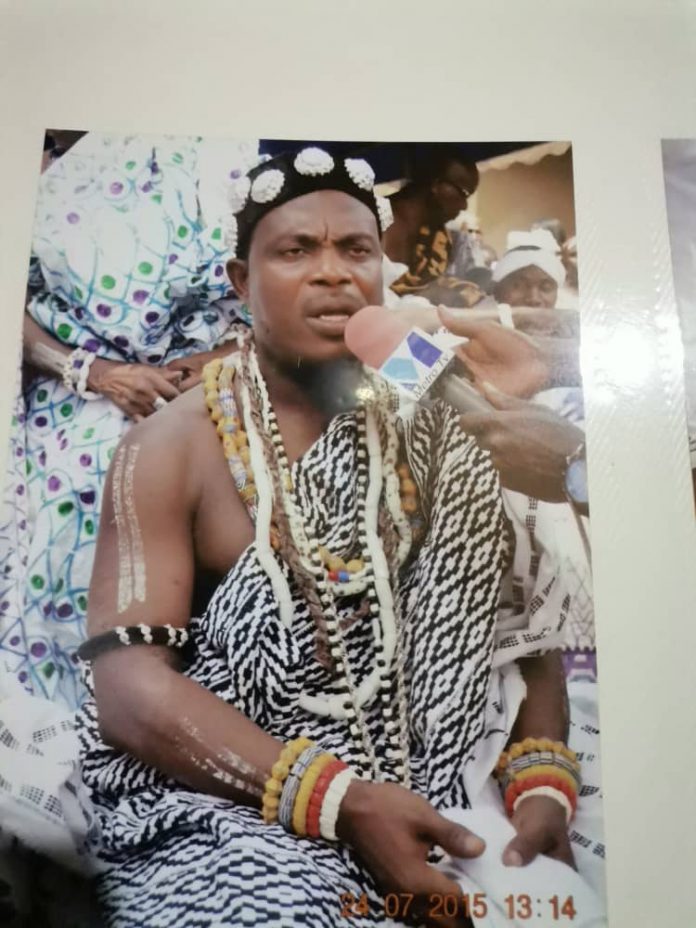 The courage by some youth of Gbetseli in the Kpone Katamanso municipality with support of the traditional council led by the chief of Gbetseli, Nii Amankwah Sune l has led to the arrest of some three suspected landguards who have been terrorizing innocent people going about their duties in the community.

The three suspects who were handed over to the police earlier on engaged some youth of Gbetseli and the police in a shootout when the later went to the community to enforce the law in ensuring that with the support of the Stool, the activities landguards introduced by some selfish individuals in the community is curtailed.

The Gbetseli Stool for some time now have been crying faul over some imported landguards by selfish individuals who claim to be royals and thus have the right to sell the Stool lands which the Chief Nii Amankwah Sune has been protecting for key developmental projects since he was Installed over have a decade ago.

For some time now since the Gbetseli Stool led by the chief issued strong warning against such selfish and demeaning attitude of the activities of land guards in the area, their activities seemed to die down but only to surface in the bid to take advantage of the current peace.
Speaking in an interview with the media, the Stool Secretary for the Gbetseli Stool, Samuel Tetteh noted that On May 11th, the stool picked intelligence that some persons have been brought onto Gbetseli lands to serve as landguards over lands some unscrupulous persons are forcefully claiming even though Gbetseli lands are Stool lands.

However, he said a team of officials from the palace and police personnel who got to the site were met with firing of armed from the suspected land guards.

“But some angry youth who have had enough of this nonsense going on against the Stool decided to put their lives on the line to arrest these guys whose names we have gathered as Isaac, Amos, and Nii. They were arrested near bomper junction and taken to the Tema regional police Command” he said.

He continued that “our own people from the prayer camp are aiding them to cause confusion against the stool” , he revealed.

“Before the gazzet of our revered chief, like it used to be in every family, some few elders raised some concerns which was addressed, but they have since not repented except to continuesly cause confusion and now using landguards against us” the Stool secretary revealed.

He said the elders of the Gbetseli Stool are not in support of the ongoing and would do everything within their power to stop what he describes as evil motive.

The Chief of Gbetseli, Nii Amankwah Sune l said he is committed to ensuring that the right thing is done to bring the right development to his area. He has there send a strong caution to anyone who will want to cause trouble against the Stool and community.
“I will not accept landguards activities here because I am law abiding and want peace for my people’. He said.
Since he assume the seat, Nii Amankwah Sune l have ensured that a lot of social amenities are infrastructural development is undertaken in the area and this time the people have resolved to support him and the police to fight landguards in the area.