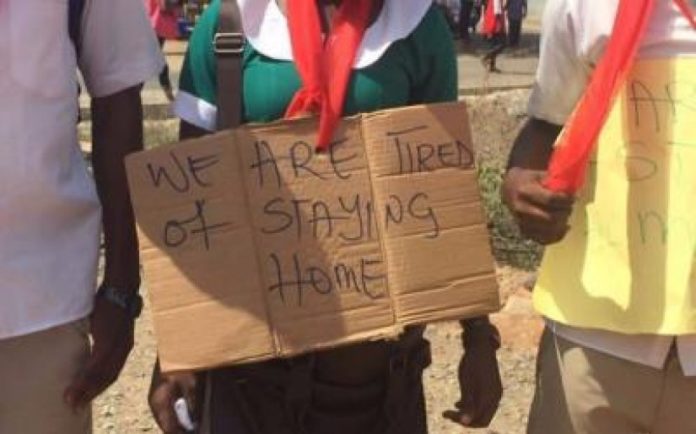 “According to the International Labour Organization, Ghana’s youth unemployment rate for 2019 stood at 13.69 per cent, 0.01 per cent decrease from 2018. Youth unemployment has the potential to create serious social repercussions if not looked at, it could also lead to social exclusion and unrest,” she said.

The Regional Minister made the remarks in a speech read on her behalf by Alhaji Ibrahim Habila, Deputy Director, Upper East Regional Coordinating Council at the launch of a youth entrepreneurship empowerment programme dubbed ‘Young Africa Works’ in Bolgatanga, the regional capital.

The project on the theme, “Creating dignified and sustainable work for Ghana’s young people” is being implemented by the National Board for Small Scale Industries in collaboration with the Mastercard Foundation.

The Regional Minister said the youth who formed about 57 per cent of the country’s population were the future of the nation and it was imperative for integrated and development oriented policies to be implemented to strategically secure for them a better future.

She said, “Investing in decent job creation, education and training opportunities for the young people will help them find their place and contribute to more prosperous and stable societies.”

Madam Abayage stated that although government had rolled out numerous interventions geared at creating an enabling environment for the youth to realize their potentials and contribute significantly to sustainable socio-economic development, more needed to be done.

She mentioned government initiatives such as the Nation Builders’ Corps (NaBCo) which has recruited about 100,000 graduates to various sectors of the economy, the National Entrepreneurship and Innovation Programme (NEIP) among others aimed at empowering the youth.

The Regional Minister noted that the efforts of government towards youth development was limited and called for concerted efforts from all stakeholders both private and the public sector to address the canker of unemployment.

“The youth are important to the development of this country because they are our future, we will continue to ensure that we level the playing field to increase opportunities that will help unearth potentials”, she reiterated.