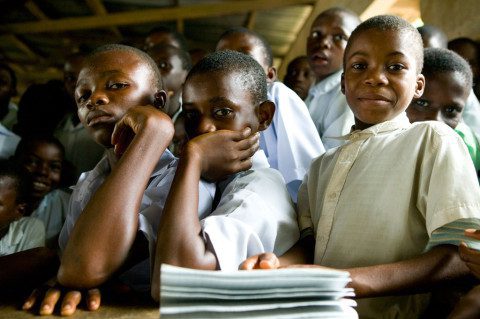 Torgbui Satsi III, Chief of Adzonkor in the Agortime-Ziope District of the Volta Region has advised the youths to be hard working and be truthful in pursuing their chosen professions in order to succeed.

He said there was the need for the youth to stop moving from one prayer centre to another in search of spiritual favours without working.

Though, prayers and miracles are good; they could not make one successful without hard work and perseverance, he added.

Torgbui Satsi III, who is also the Head of Science Department of Tongor Senior High School, made these admonitions at the Silver Jubilee celebration of his enstoolment as Chief at Adzonkor over the weekend.

He appealed to women to help their husbands in caring for their children since men could not do it alone.

Torgbui Satsi, who was enstooled at age 10 while in primary three and lost his father when in Junior High School two, applauded his mother, Madam Cecilia Gbogbo for catering for him.

On human development, he said currently “I provide for seven students from the area who are in my school, where I teach. I monitor their progress, counsel, and provide them with both financial and material support.”

Torgbui Vizaze Adzaho V, the Awadada of Ziope Traditional Area lauded Torgbui Satsi III for his self-initiative spirit, which has brought many development projects to his area.

He recognised the partnership between public and private institutions towards nation building, which he described as the way to go.

Mr. Michael Korbla Adzaho, former District Chief Executive of the Area, called on the people to respect their leaders since leadership was a calling.

Mr. Adzaho urged the people of Adzonkor to unite because unity was strength.

Torgbui Akorli Blibe IV, Chief of Atsrulume, called on the people in the Ziope Traditional Area to come together for rapid development.

He appealed to people to turnout in droves to vote on polls day and also desist from violence acts before, during and after the polls.

Kadjebi Transport Unions yet to meet over fare increment

TB cases on the rise in Kadjebi District