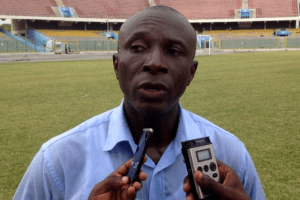 Hasaacas coach Yusif Basigi is unfazed about the mass exodus of players ahead of the new season.

The giants of the West are already without midfielder Theophilus Nyame as well as Samuel Akurugu.

Captain Daniel Egyin is rumoured to be on his way out of the club amid massive financial crisis which has crippled the club.

But coach Yusif Basigi isn’t concerned about losing his key players ahead of the new campaign.

”Players leaving clubs is normal in football, when your players perform very well big teams are going to come for them so is not something unusual though it is a challenge for me to face the task ahead” he told Takoradi-based Aseda FM.

”A player is part of Your plans if he stays if they leave the plans changes.”