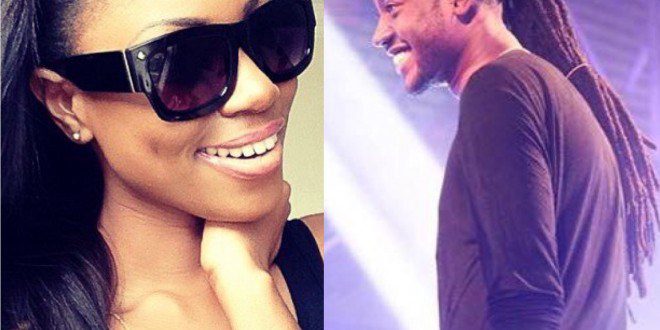 We thought these two had some connections since they are seen hanging out together either in Yvonne’s house or somewhere cool. This was triggered when Pappy confessed in his latest song that he wouldn’t spare Yvonne Nelson if he got the chance,and his partner in crime, Joey B also encouraging him not to spare her.

Right after those words,Yvonne appeared in the video looking soo stunning and sexy. You could also like to watch Video: Pappy Kojo Wants To Chop Yvonne Nelson Down But… Even though they are good friends now,I don’t think it just ends there. There is a kind of benefit they both get from their friendship which I’m about to tell you.

Yvonne Nelson made a special appearance in Pappy’s video which made the video a talked-about one in town.That has also made the video receive more than 50000 views within a week of release.

Reciprocally, Pappy is also starring in Yvonne’s new self-produced movie which is yet to come out. Imagine Pappy Kojo,the ladies’ man in a movie?

Most of his fans will be anxious go go watch that movie and that can also help Yvonne break cinema records again since her last one didn’t really go well.

So you see,its not just about being friends or being intimate but also about getting some benefits from each other. Other casts in the movie are Regina Velvet,Bismark the Joke,Kay Elliot,Jason and others.

Charlie Pappy,Yvonne be fine girl ,if you get her,’3nfa nky3n’. Kudos in your new “career”.

We  will bring you more updates from the movie soon.