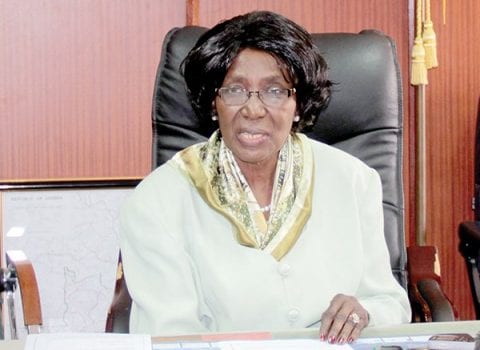 Zambian Vice-President Inonge Wina on Friday said the government will issue a statutory instrument that will spell out new benefits for former presidents.

Currently, the Benefits of Former Presidents Act provides for the pension and retirement benefits for former presidents. The incentives include construction of an executive house and a tax-free monthly pension at the rate of 80 percent of an incumbent president.

Answering questions in parliament from lawmakers who expressed concerns over the continued construction of executive houses for former presidents as they felt it was unsustainable, the vice-president said the government was currently exploring other ways of providing benefits for the former presidents.

She said it was sustainable to continue undertaking projects of constructing houses of former presidents and that a revised law will soon be presented to parliament.

She commended current President Edgar Lungu who informed the nation when he assumed office in 2015 that he does not want house constructed for him once he leaves office.

On Thursday, the government handed fourth President Rupiah Banda a completed and fully furnished executive house on the outskirts of Lusaka, the country’s capital.

However, pictures of the executive house on social media have raised eyebrows from citizens who have expressed mixed feelings on whether the idea of constructing houses for former presidents was sustainable.

Speaking when he presented the house to Banda, who ruled Zambia from August 2008 to September 2011, Lungu called for a law that will promote equity for all retired leaders as it was not only a lone president who runs the government.

Lungu, who reiterated that successive governments should not build him a retirement house even if it was his constitutional right, noted that there was need to scrap the current law.

Zambia has had six presidents since gaining independence from Britain on October 24, 1964. Enditem