Zambia has engaged South African companies to partner with local firms in order to promote trade balance between the two countries, a senior government official said on Thursday.

Jackson Miti, Zambia’s High Commissioner to South Africa said trade partnerships will further increase the country’s competitiveness in trade and investments between the two countries, according to a release.

According to the Zambian envoy, the embassy will continue to facilitate trade and investment conferences for both countries, adding that there was need to actualize the 2018 bi-national agreement between the two countries in order to leverage the market.

Zambian authorities have always complained of the trade imbalance between the two countries despite South Africa being the country’s largest trading partner in southern Africa. Enditem 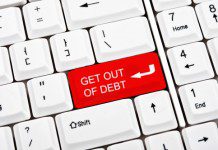