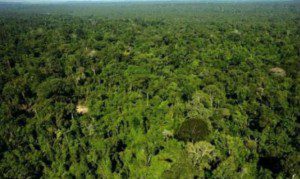 Authorities in Zambia will soon start issuing letters of evictions to all individuals and entities who have encroached on forest reserves across the country, a senior government official said on Monday.

Minister of Lands Jean Kapata said squatters in forest reserves will be removed without compensation.

Relevant departments in her ministry have since been directed to send out eviction notices, the minister said.

“Forests have been encroached and people are doing all sorts of activities,” she told a press briefing at her office.

According to her, all the 473 forest reserves have been encroached by both individuals and entities who were conducting activities such as settling, farming and mining within the protected forest areas.

However, those who have cultivated various crops will be allowed to move out after harvesting their crops, she said.

A statutory instrument will soon be issued in the first quarter of 2018 to allow communities to participate in sustainable forest management, Kapata said. Enditem