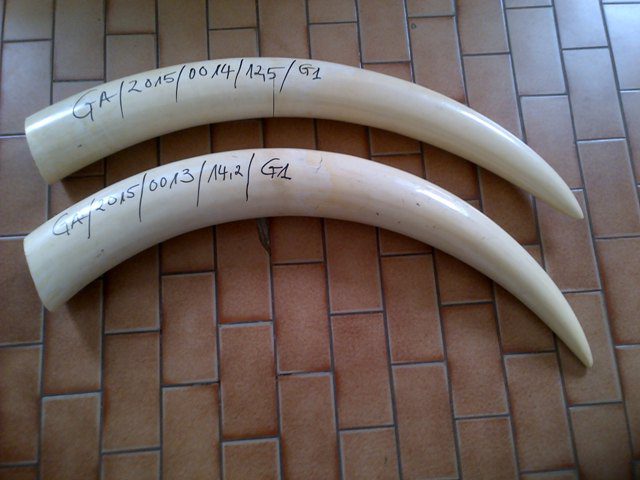 Police in Zambia have arrested two people who were found with six pieces of ivory tusks as the southern African nation still battles to halt a surge in elephant poaching, a statement obtained here on Thursday said. The two suspects were arrested in Lusaka, the country’s capital with six pieces of ivory tusks and 20 rounds of ammunition at one of the hotels.
Zambia Police Spokesperson Charity Munganga-Chanda said the two are currently in custody and will be handed over to the country’s wildlife governing body, the Zambia Wildlife Authority (ZAWA).
Last year, the government said the country has witnessed a steady rise in elephant poaching in recent years.
According to government figures, the southern African nation lost a total of 135 elephants last year to poaching as compared to 124 in 2012 and 96 in 2011.
The government further said the country has an ivory stockpile of 10, 031 pieces due to a surge in illegal trade and poaching of elephants.
Zambia’s elephant population has dwindled from over 200,000 heads of elephants in the 1970s and 1980s to about 26,382, according to a 2008 survey. Enditem