A Zambian government agency that manages airports said on Tuesday that it has recorded improved business in recent years, making it possible for the agency to declare dividends to the government.

The Zambia Airports Corporation handed over a 5 million Zambia Kwacha (about 500,000 U.S. dollars) dividend to the finance ministry, the second year running that it has managed to declare dividends.

Mweembe Sikaulu, the agency’s spokesperson, said profits have been increasing steadily after a turbulent period which saw passenger numbers plummeting due to economic downturn and outbreaks of diseases, such as Ebola, in some parts of Africa.

She attributed the rise in business to the opening of new routes and the arrival of big airline operators such as Emirates and added that the agency expects the growth trajectory to continue as more big airlines like Qatar Airways were scheduled to commence flights next year.

According to her, the agency has invested heavily in the ongoing infrastructure development projects that will see all the major international airports being upgraded and new ones constructed.

Communications and Transport Minister Brian Mushimba congratulated the airline operator for being a shining example among state-owned enterprises in the country.

“The issuance of dividends by state-owned enterprises is a norm that should be nurtured to sustainable levels to ensure that the government boosts its income streams through the investments made in these companies,” he said.

He added that there was need for state-owned enterprises to refocus and be managed on the basis of best practice, cost-optimization and profitability.

Meanwhile, the Zambian finance minister Felix Mutati said state-owned enterprises should not create a burden on the treasury but should stand on their own feet.

According to him, the government invested in state-owned enterprises in order to get a return.

There have been concerns over the operations of state-owned enterprises in Zambia, forcing the government to come up with a plan to list them on the local bourse in order to help them raise capital. Enditem 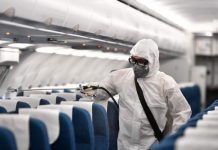