The Supreme Court by its ruling indicated that the High Court does not have the jurisdiction to sit on a case brought before it by Nii Armah Ashitey, the incumbent Member of Parliament (MP) for Klottey Korle constituency, who was challenging the eligibility of Dr Agyeman-Rawlings. 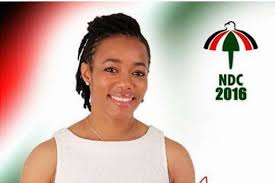 On Thursday May 19, 2016, by a majority decision of four to one in favour of Dr Agyeman-Rawlings’ application challenging the jurisdiction of High Court judge Justice Ackah Boafo in handling the suit by Mr Ashitey, the Court asked the lawyers of both parties to file their submissions within two weeks as the Supreme Court takes over the case.

He filed a joint suit with fellow defeated candidate Nii Johnson Coleman at the Accra High Court after the Zanetor defeated them in the primary. Nii John Coleman later withdrew from the case.