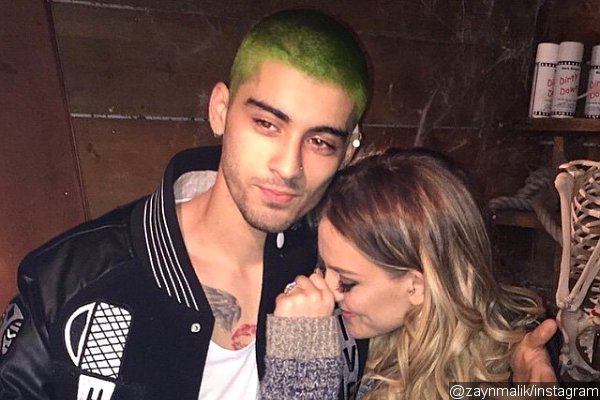 Zayn Malik has a new vibrant hair do. The former member of One Direction showed off a bright-green buzz haircut in a new Instagram picture which saw him holding his smiling fiancee, Little Mix?s singer Perrie Edwards. ?#GreenHairDontCare,? he wrote.

The picture served as a distraction from the report that Malik was booed when his face was shown at 1D?s concert in Cardiff recently. Despite the video that proved he did receive less-than-warm response, his former bandmates Liam Payne and Louis Tomlinson insisted they didn?t hear it.

Zayn Malik announced his exit from the boyband on March 25 after he was rumored cheating on his fiancee. He initially said he wanted to live a ?normal? life but later announced his plan to launch a solo career.