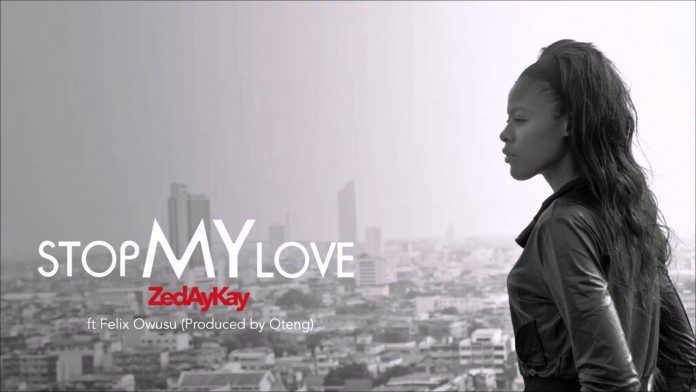 Produced by Kill Beatz in 2010, the song featured Ambolley and received great reviews and air play in Ghana. Since then several other attempts have been made by various artiste to remake old popular highlife songs. The fusion of old song with rap to give it a contemporary feel has generally been the method. A few of these fusions have been successful, although a majority have met with no great acclaim.

The success of the Replay refix of Simi Rapp can be put down to the fact that it did not follow the “add-rap-and-take-off-old-verse” formula. The effortless mix of old school meets new school, masterfully put together by beats produced by renowned producer Kill Beatz, gave the song a modern edge, and helped transform the old classic into a modern classic.

Despite the success of Simi, it has taken over five years for another refix from the Replay boys, but this time only featuring Zed Ay Kay as part of a solo project. Stop my love is another old time classic, by another revered legend of Ghana music Felix Owusu. Taken from the 1996 E’show Me album, the refix of this old classic keeps its highlife identity, with the unique rap style of Zed Ay Kay, complimented by the sweet singing voice of Felix Owusu.

” I have been a fan of Felix Owusu , and listened to his music since childhood. The opportunity to record with such a distinguished artiste was a dream come true for me. Both Ambolley and Felix Owusu are now like uncles to me, and people I can go to for advice. I was also privileged to feature on Afihya Pa a song taken from Felix Owusu’s recently released Members Only”.

Stop My Love is the debut single by Zed Ay Kay, taken from the forthcoming album VERSATILITY.