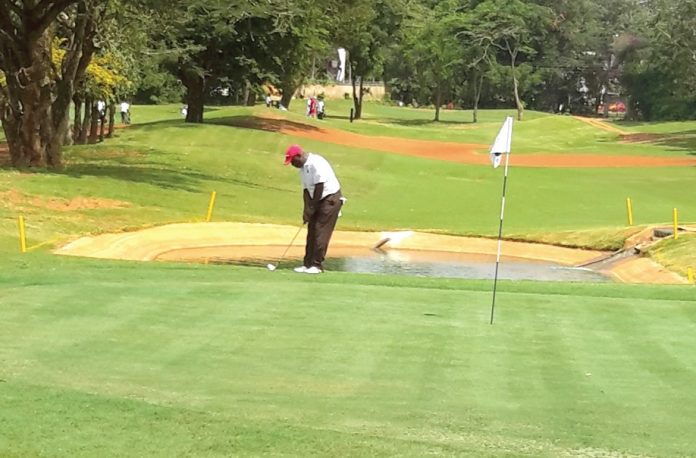 Mr. Nicholas De Heer, Corporate Affairs Manager at Zen Petroleum, has said his outfit is commitment to the development of Golf in the country.

Mr. De Heer made this known at the ongoing 4th edition of the Gold Fields Professional Golfers Association (PGA) Championship at Damang, which has attracted some international golfers from neighboring countries.

The four-day championship, which has golfers from Ghana, Nigeria, Benin, Togo and Cote d’Ivoire, would be climaxed on Saturday 2nd December, 2017, with a major cash prize of GH₵25,000.00

In an interview with the GNA Sports, Mr. De Heer said Zen Petroleum has been part of other championships and would continue to do more as a corporate responsibility and also to create awareness on Golf in the country.

“We have previously sponsored Tarkwa Golf Club and the PGA last year.We do this as part of our responsibility to promote and grow the game of golf in the country.

“Last year the organization needed a lot of awareness and support and with Gold Fields deciding to take a major lead role in this, we also decided to be co sponsors.

De Heer further noted that Zen, which is a supplier of fuel and lubricants to the mines is looking at supporting our sports men saying “I must say Zen is very happy to support and to bring more awareness to the sport, we think the PGA has a bright future and
Zen is happy to endorse that by putting some money behind it”.

Zen Petroleum is an oil marketing company, which is wholly owned by Ghana, with operations across West Africa including Mali, Burkina Faso and Cote d’ivoire.
GNA/Newsghana.com.gh