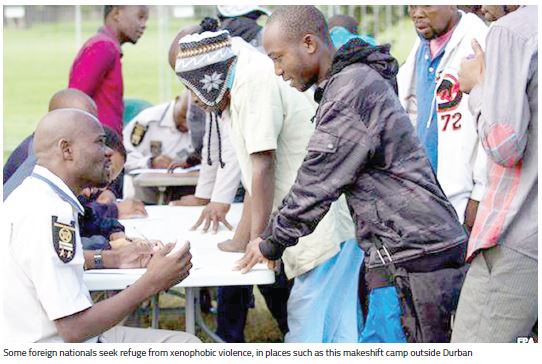 ?Identification and processing of repatriation documents has already been done. It is very sad. Most people do not have any documentation. They don?t have any clothes apart from what they are wearing. Many of them left all their clothes and property behind. We are documenting people.

This process means that we are giving them some sort of documentation to use upon returning to Zimbabwe. We are organising some buses to take them from Durban to Beit Bridge (the border between South Africa and Zimbabwe).

Then they will be taken from Beit Bridge to their home provinces. We would want (the departure) to be as soon as possible.

People are currently living in the most difficult conditions? he told the state-owned Chronicle newspaper today.