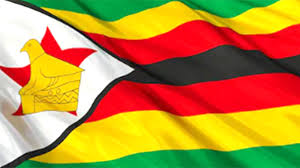 Zimbabwean President Emmerson Mnangagwa on Saturday led the nation in celebrating its 40th independence anniversary with a rallying call for Zimbabweans to keep observing lockdown regulations.

Mnangagwa said once the lockdown imposed on March 30 to curb the spread of COVID-19 is over, the nation must quickly reignite production to ensure a quick economic recovery.

The president was speaking in a televised video address to the nation. Unlike in previous years when Zimbabweans celebrate the day with pomp and fanfare, there was a marked difference this year as they celebrated it in the confinement of their homes due to the lockdown. Zimbabwe gained its independence from Britain in 1980.

The celebrations had been planned to be held in the second largest city of Bulawayo, the first time for the event to be held outside the capital Harare as government decentralizes main celebrations of the event.

“Beyond grappling with the COVID-19 pandemic, we have to keep our economy functional. Unavoidable shocks and disruptions must be mitigated. Once the lockdown is over, we must all get back to work with discipline and harder efforts as we ready ourselves for a speedy economic recovery,” Mnangagwa said.

He said the time for the nation to celebrate together shall come, noting that “although we are physically separated, we are united in spirit”.

He said the country was celebrating its milestone 40th independence anniversary in the context of unprecedented times due to the threat of the COVID-19 pandemic.

“Today, our task, in relation to COVID-19, is to stay at home, keep our distance and wash our hands. In addition, we must produce, produce and produce ; that way, we celebrate our independence by saving lives and our economy,” he said.

The president thanked the nation for its discipline during the lockdown period, as well as China and other countries that have supported the country in its fight against the pandemic.

The country has to date recorded 24 cases of COVID-19 including three deaths and two recoveries. He said the country’s situation had been compounded by Western sanctions that had lasted for close to half of the country’s 40 years of independence.

“These sanctions have limited our options and constricted our possibilities of freely interacting in the global economy. I thank the European Union for softening its stance towards us. I implore Washington to promptly lift these illegal sanctions against us without any preconditions.

They are illegal and hurtful to our people, Zimbabwe does not deserve them,” Mnangagwa said. He reiterated his government’s commitment to developing the economy to attain its vision of becoming a middle income economy by 2030 through vital investments in key sectors such as agriculture, mining, energy, manufacturing, transport and tourism.

In the energy sector, the president said there was growing hope after water inflows are improving in Kariba Dam, a key source of hydropower for the country.

The two units, 7 and 8 at Hwange Thermal Power Station under construction by China’s Sinohydro at a cost of 1.5 billion U.S. dollars, were expected to be commissioned during the second quarter of next year, he said.

“These will bring in an additional 600MW to the National Grid. As such, the production of all the supporting throughput to facilitate the smooth increment of our energy supply must begin now,” he said.