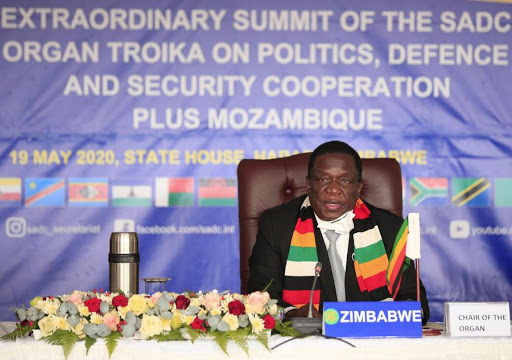 Zimbabwe President Emmerson Mnangagwa has castigated the West for meddling in the internal affairs of African countries and called on Africans to deepen the culture of democracy and good governance as taught by the continent’s founding fathers.

In his address to the nation on the eve of the 57th anniversary of the founding of the Organization of African Unity, now the African Union, Mnangagwa said former colonial powers had no authority to lecture Africa on democracy as the continent had fought to achieve the democracy being enjoyed to this day. Africans should not be shy to express the rich cultural heritage, languages and identities, he added.

He said Zimbabwe continued to suffer from unwarranted interference and endure illegal sanctions imposed as punishment for reclaiming land.

“However, we are buoyed by the fact that we have re-united with our land, which is now irreversibly reposed into our hands, we its true owners,” he said.

“As we commemorate and celebrate the unity of our continent, we in Zimbabwe deeply thank our SADC region and the whole continent of Africa for standing with us.

Africa has rejected and denounced the sanctions against Zimbabwe and the Sudan, urging those responsible for these illegal, heinous measures to immediately lift them without conditionalities.”They are illegal, unjust, spiteful and undeserved.

Mnangagwa said Zimbabwe also continued to pursue robust cooperation with its neighbours and the continent as a whole; subscribing to a fully integrated continent of Africa. “We must now urgently consolidate the implementation of cross-border projects, to improve our road networks, water, energy and ICT infrastructure, among others.

This will inevitably accelerate multi-faceted sustainable development in the region and on the continent,” he said.