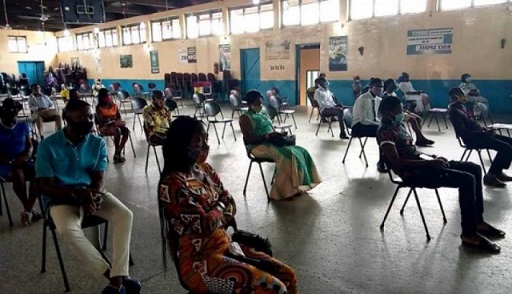 Zimbabwean churches have told the government that they will find it difficult to turn away unvaccinated congregants in line with a directive given to contain the spread of COVID-19.

The government announced Wednesday that only fully vaccinated people would be allowed to attend church services and that leaders found to be in violation of the regulation would be dealt with.

The directive was given six weeks after church gatherings were suspended under level-4 lockdown measures, which also include a ban on inter-city travel, public gatherings, and curtailed business hours.

The lockdown measures were on Monday extended for a further two weeks, but the government went on to allow church gatherings for vaccinated people two days later.

However, churches responded that they would not be able to turn away unvaccinated congregants.

In a statement issued Thursday, the Zimbabwe Heads of Christian Denominations (ZHOCD) said the government needs to re-examine its directive.

The churches said that theologically, the church is an open and welcoming space for everyone with no restrictions.

“The church will find it very difficult to turn people home because they do not have a vaccination certificate,” the statement said.

The ZHOCD said the health ministry should provide a detailed protocol for reopening churches and clarifying the grey areas such as how the COVID-19 vaccination clearance affects those below the age of 18 who are not being vaccinated.

It also encouraged its members who were conducting online services to continue doing so, while advising the government to take a more persuasive route to get people vaccinated. Enditem

Namibia in need of blood donations to meet demand