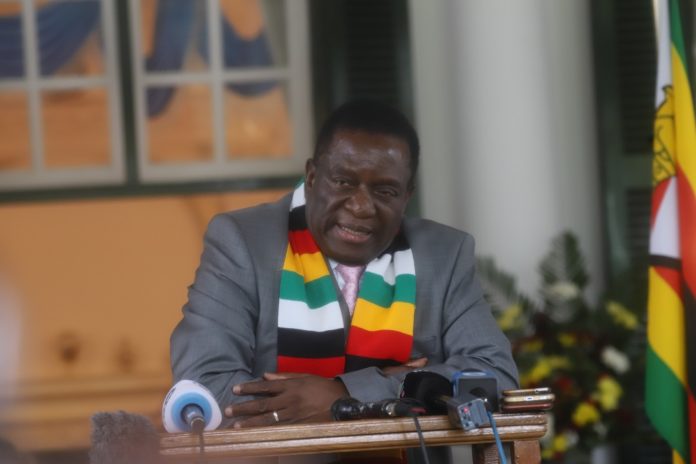 Zimbabwean President Emmerson Mnangagwa on Saturday said the country was on a positive growth trajectory as evidenced by key developmental projects that have come to fruition.

In his new year address to the nation broadcast on national television, Mnangagwa said due to the conducive business operating environment prevailing in the country, Zimbabwe has witnessed stable economic growth.

“We managed to record a bumper harvest in wheat, which saw Zimbabwe retaining self-sufficiency for the first time,” Mnangagwa said.

“With regards to mining, Zimbabwe is well on course to archive the 12-billion (U.S. Dollar) target by the end of next year,” Mnangagwa added.

In addition, Mnangagwa said Zimbabwe is aiming to leverage its mineral wealth to promote national development.

“The discovery of lithium, a mineral in great demand in relation to the world’s response to climate change, and the production and deployment of green energy stands to position Zimbabwe in a competitive position,” Mnangagwa said.

“For the first time, Zimbabwe is now self-sufficient in the production of medical oxygen, and we also managed to launch our first satellite into space,” Mnangagwa said.

As the country faces a national election next year, Mnangagwa urged Zimbabweans to maintain the peace that prevails in the country. Enditem

Gov’t that sidelines the media could never succeed – Allan