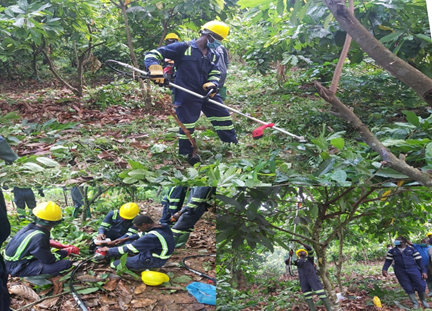 Zimbabwe’s Finance and Economic Development Minister Mthuli Ncube on Monday said the compensation deal signed between the government and former white commercial farmers for the improvements they made on farms that were acquired during the land reform program will increase agricultural productivity.

On July 29, the Zimbabwean government signed a 3.5 billion U.S. dollars compensation agreement with white farmers who lost their land during the land reform program.

Under the land reform program, which started in the early 2000s, government compulsorily acquired farmland from white farmers to resettle landless blacks as a way to redress colonial land ownership imbalances that were skewed in favor of whites.

Speaking at a media briefing in Harare, Ncube said the signing of a compensation deal represents a major milestone in the restoration of trust and cooperation between the former white farmers and the government of Zimbabwe.

“Going forward, government’s priority in agriculture is to increase production and productivity through the collaborative efforts of all of Zimbabweans,” he said.

“This includes skills transfer from former farm owners to the resettled farmers and the provision of an attractive land tenure system that will be supportive of increased levels of investment on agricultural land,” Ncube said.

Ncube said former white farmers can apply to regain possession of their acquired land, but the government will only grant their applications if circumstances on the ground permit the restoration of the land to them.

He said in cases where land was compulsorily acquired for resettlement but the former farmer has continued farming operations, the farmer should urgently regularize his or her tenure through designated government institutions.

Under the compensation deal, the Zimbabwean government agreed to set up a joint committee with farmer representatives to raise the compensation funds, targeting at least 1.75 billion U.S. dollars in the next 12 months and the remainder in two years.

The compensation is only limited to improvements made on the farms and not the land itself.

Only former farm owners who are indigenous Zimbabweans or citizens of countries which had ratified Bilateral Investment Protection and Promotion Agreements (BIPPAs) or Bilateral Investment Treaties (BITs) with Zimbabwe at the time their land was acquired for resettlement are entitled to for both land and improvements done on the land.

Africa must prioritise Agriculture at COP27

The issue of Conflict of Interest