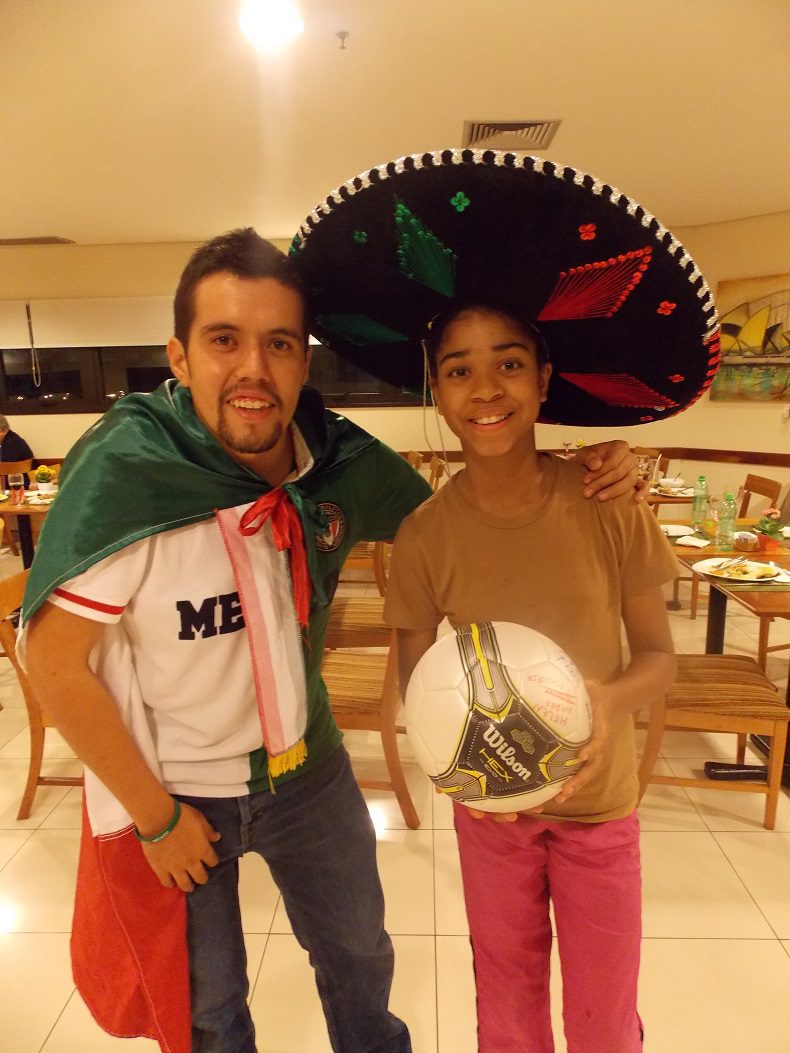 Arguably a global influence on the need to educate Girls in Africa and now the emerging region, 11 year old Zuriel Oduwole has arrived in Brazil as part of a?multi country project?highlighting the contributions an educated?girl can make to their local, regional and global economy [using herself as a real example].
An accomplished documentary filmmaker and a darling of African Presidents, her global influence was much more evident in the last few weeks, from her successful convening of a First Lady’s colloquy on Education in West Africa, her feature on BBC, to her?feature a few days ago?on Gucci Foundations Women and Girls?education platform in New York.
Sponsored by Ethiopian Airlines as her official carrier, she arrived in Sao Paulo Brazil, the venue of the FIFA 2014 opening game, and would travel across other Brazilian cities including Rio de Janeiro and Curitiba on a special mission in essence. Other countries lined up as part of this new project include?Ethiopia, Rwanda, Nigeria, South Africa, Ghana?and?India.

Her projects and schedules can be seen on?http://www.dreamupspeakupstandup.com/

. She hit the ground running, documenting her Brazil arrival with her media crew