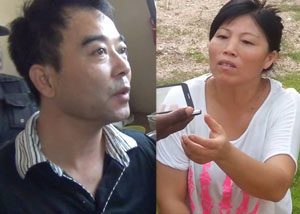 Two Chinese nationals arrested in connection with sex trade in Takoradi and Tema, Huang Si Hui, 49 and Li Jiang Ping, 29, have been arraigned before an Accra Circuit Court for alleged human trafficking.

The two, who are also managers of Jang-Mi Restaurant Limited, are facing seven counts of human Trafficking contrary to the Criminal Offences Act.

Huang Si Hui and Li Jiang Ping are alleged to have acted together and trafficked one Ngugen Thi Nga to Ghana for sex trade.

However, the accused persons, speaking through an interpreter, denied all the charges in the gender violence court, presided over by Sedina Agbemava.

The court granted them bail in the sum of GH?20,000 with four Ghanaian sureties each, to reappear on April 15.

The court also ordered the accused persons to deposit their passports at the registry of the court until the determination of the case.

Prosecuting, Inspector Abraham Annor said the complainants in the case are personnel of the Anti-Human Trafficking Unit of the Police Service.

He said during the month of July 2013, a Vietnamese woman named Hanh, recruited six Vietnamese ladies between 29 and 38 years old, to work in a Casino in Norway, indicating that the ladies were happy because it would be a great experience for them to travel to Norway and be paid $4,000 to $5,000 per month.

He stated that Hanh, together with the victims, left Vietnam on June 2, 2013, for China where their documents were prepared to enable them to travel to Norway.

According to the prosecution, the first batch, comprising the victims, left China via Dubai and arrived in Ghana, thinking they were going to Norway, but their passports were taken from them and were not allowed to go out on their own.

He said after three days, Tran Thi Le Thu also had her air ticket and she also arrived in Ghana but they were sent to a Chinese man in Tema who told them they were in Ghana for prostitution.

Inspector Annor further said Hanh is alleged to have charged each person $5,000 when they started operating as prostitutes, adding that Ngugen Thi Nga, Le Thi Kieu Thu, Huynh Thi Ut Von and Huynh Thi Nhieu, were forced and pushed into prostitution while Cao Thi Hong Loan and Tran Thi Le Thu refused to engage in the sex trade because they were told that they were coming to work in a restaurant and not to do prostitution.

He stated that the ?master? at Tema became furious and gave NgugenThi Nga, Le Thi Kieu Thu, Huynh Thi ?Ut Von and Huynh Thi Nhieu to another Chinese man in Takoradi and told Cao Thi Hong Loan and Tran Thi Le Thu that he would take them to Kumasi but begged the ?master? to allow them to join their friends in Takoradi.

In Takoradi, the prosecution averred, the Vietnamese women were handed over to one Huang Si Hui and housed in an enclosed apartment where they were forced to engage in prostitution, while Huang Si Hui collected the money and chose any of the victims to service the clients, even if they were tired, sick or in their menstrual period.

Inspector Annor said Hui charged each client between GH?250 for ?short time? and GH?500 for ?full time,? but in the course of investigation, the victims revealed that Hui also charged them $270 for non-National Identification Card, GH?150 per month for food, GH?50 a day for passport and $250 every three months for resident permit.

He further told the court that the victims had told the police that they slept with at least two men a day, noting that even when they complained of tiredness or were in their period, Ping forced them, beat them, pulled their panties to verify the truth or otherwise of their claim and pushed them to satisfy the customers.

Inspector Annor said exhibits collected at the scene of the crime were two passports for the victims, two passports for the suspects, pornographic CDs, contraceptives, provocative dresses, projectors, non-national identification card, a vehicle and a lot of Ghanaian and foreign currencies.

Miner in court over breach of trust