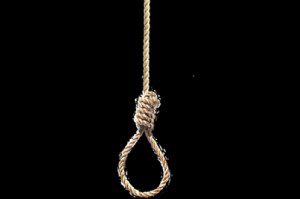 The body of a 56-year old farmer was found hanging on a tree near Akim Manso A.M.E Zion Basic School in the Asene Manso Akroso District in the Eastern Region.

The body was later identified by family members as Kwame Obeng. The body had since been kept in Akim Oda Government Hospital morgue for autopsy.

Narrating the incident to the Ghana News Agency(GNA), Mr Antwi Bosiako, the Assembly Member for Dadieso- Aba Electoral Area where the incident occurred said, he had a call from some residents who stayed near the school to inform him about the suicide.

He said he also informed the police after visiting the place to look at the body.

Mr Bosiako said family members who heard the information rushed to the scene to identify the body.

This was confirmed by a police source who informed the GNA that investigations had been initiated by the police to ascertain the cause of death.