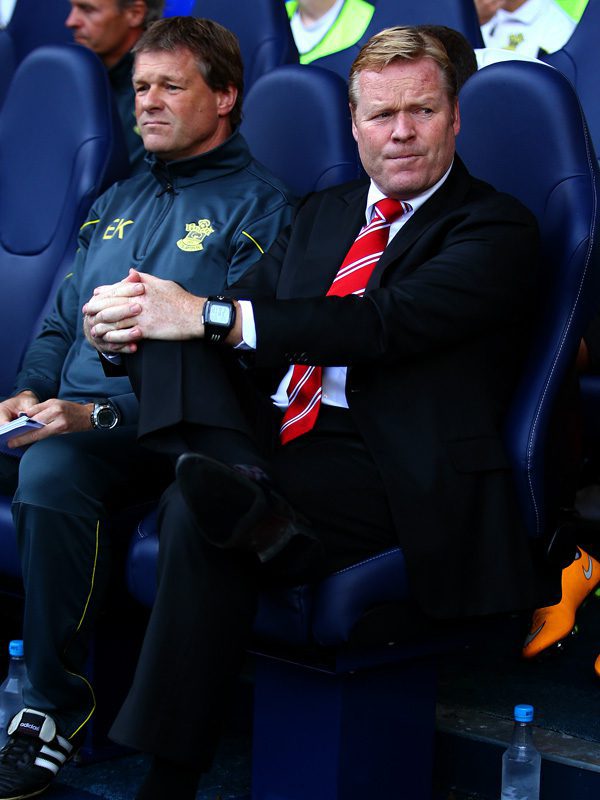 Ansu Fati scored twice and won a penalty with a magnificent first half performance as FC Barcelona beat Villarreal 4-0 in Ronald Koeman’s debut as Barca coach.

The game was over by halftime as the 18-year-old produced a magnificent display that will only give strength to those who see him as the natural successor to Leo Messi.

Koeman changed the style Barca used under Quique Setien, adapting a 4-2-3-1, with Antoine Griezmann leading the line, Frenkie de Jong and Sergio Busquets in the midfield holding roles and Messi, Philippe Coutinho and Ansu Fati in an attacking line of three.

All eyes were on Messi after a summer in which he had asked to leave the club and only two days after he had criticized the departure of Luis Suarez, but Fati was the star of the show.

The 18-year-old opened the scoring in the 15th minute with a first-time finish with the inside of his foot after Jordi Alba’s pullback from Clement Lenglet’s pass.

If Villarreal coach Unai Emery was unhappy at the space his side left Barca in the opening goal, he will have been furious as Fati doubled his tally just four minutes later.

Once again Lenglet began the move by picking out Coutinho and the Brazilian was able to advance to the edge of the Villarreal area before picking out the youngster, who calmly fired past Sergio Asenjo.

In the 33rd minute Fati’s acceleration then drew a foul in the area from Mario Gaspar and Messi slotted home the penalty to make it 3-0 and Pau Torres scored an own goal with the last action of the first half when he put Messi’s clipped ball past the stranded Asenjo under timid pressure from Busquets.

The second half was always going to be an anti-climax after the first 45 minutes, especially as there is another round of matches this week, but it allowed Koeman to bring Ousmane Dembele back for his first match in months after injury and allow new signings Francisco Trincao, Pedri and Miralem Pjanic to make their first team debuts.