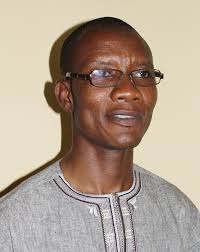 He said the implementation of that project would be the continuation of the Association’s vision promoted by the immediate past Executive Council, which could get NALAG its own office, among other achievements.

“Within our tenure of office, we would like to invest in property like regional hostels with secretariats for conferences and other official functions,” Mr. Odamtten explained in an interview with the Ghana News Agency (GNA), soon after his election as the 20th President of the Association, last Thursday in Sunyani.

He said the regional hostels would improve the revenue generation of the Association to provide a better welfare regime for Assembly Members (AMs).

Mr. Odamtten, who is the Tema Metropolitan Chief Executive, said his Administration would endeavour to continue with the provision of transparent and accountable governance to position the Association on even a stronger pedestal for vibrant operation of the nation’s 216 Metropolitan, Municipal and District Assemblies (MMDAs).

He said the transparent and accountable governance would result in increased participation in the activities of the Association.

They would also organise programmes for the capacity building of the AMs to enhance their efficiency to inject vibrancy into the local governance system.

Mr. Odamtten, however, appealed to members of the Association and the AMs nationwide to unite with commitment and dedication to duty “for us (NALAG/MMDAs) to achieve our visions and missions for improved socio-economic livelihoods of the people”.

Ms. Rita Odoley Sowah, the Municipal Chief Executive for La Dade-Kotopon, who is also the National Treasurer of the Association, said in another interview that as the umbrella body of 216 MMDAs, NALAG needed enough resources to work with the Assemblies.

Ms. Sowah, therefore, said the National Executive Council would in the spirit of unity work effectively with the Association’s regional representatives to identify organisations that benefited directly or indirectly from the Assemblies to support the Association financially to execute its programmes.