“A world without antibiotics would look very different to the world we live in now,” said Keiji Fukuda in a recent interview with Xinhua. “We count on antibiotics for basically all of modern medicine, people get infected and we expect that they can treat it and get cured.”

“Using (antibiotics) in the right way is the way that we conserve what we have.”

Antibiotics are an important safety net which make surgery, and even giving birth, less dangerous, said Fukuda. Antibiotics are also important for people with chronic illnesses, such as cancer or diabetes, who are much more prone to infections, he added.

However, antibiotics are not effective against viruses, which means they should not be used to treat colds and flus, he said.

This is just one of many misunderstandings about antibiotics which are contributing to antibiotic resistance, as shown in a recent WHO survey, which found that 61 percent of people surveyed in China think, incorrectly, that colds and flus can be treated by antibiotics .

“Antimicrobial resistance is something that really develops quite quickly when people don’t use antibiotics in the right way,” said Fukuda.

“So when large numbers of people are taking antibiotics either for reasons or diseases which are not going to get better with antibiotics — or if they are taking them in the wrong way — they are helping resistance develop more quickly.”

The WHO survey also found that 53 percent of the respondents in China wrongly believed that they could stop taking antibiotics when they felt better, rather than taking the full course as directed.

Taking the full course is another important way to prevent bacteria from becoming resistant to antibiotics, said Fukuda.

“When your doctor gives you an antibiotic and tells you how long to take it, he or she is giving it to you so that you have a chance of completely getting rid of the bacteria which are causing whichever illness you have,” he said.

“When you stop taking the antibiotics sometimes the illness is not cured and those leftover bacteria become resistant and so that’s one of the ways that you begin to increase antimicrobial resistance.”

Fukuda said that many different sectors will have to work together to address antimicrobial resistance, including the health sector and the agriculture sector.

In some countries, if not in many, he said, more antibiotics are used in animals than in people. The antibiotics are often used to help animals grow and people who eat these animals are exposed to antibiotics often without knowing it. Animals can also develop bacteria which are resistant and can spread this resistance to people, he said. 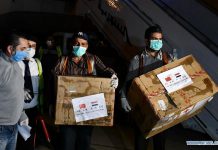 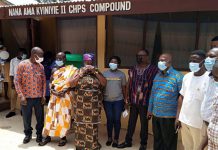 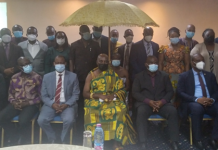 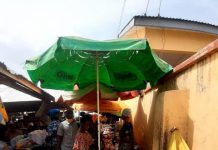 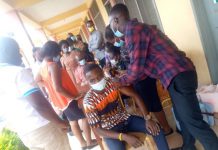