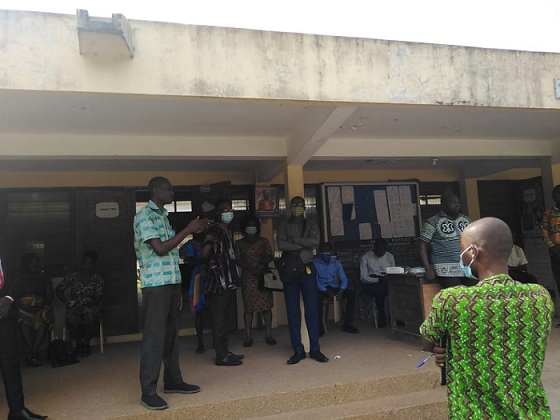 The Kadjebi District Census Implementation Committee (DCIC) in the Oti Region has started the screening of 744 applicants for the 2021 Population and Housing Census (PHC) in the District.

The three-group member panel is expected to screen 41 applicants per day for six days.

Speaking in an interview with the Ghana News Agency (GNA), Mr. Joseph Agbeko-Yadogla, acting Kadjebi District Census Officer advised the applicants to help generate accurate, actual and factual population data since such statistics were critical and indispensable source of statistics in the effective implementation of decentralization programmes.

He said the importance of census facts in planning; policy and decision-making cannot be under-estimated and urged the electorates of the district to assist in the listing of houses to help produce precise figures for the district.

Mr Henry Loglo, the Oti Regional Statistician explained that population and housing census data provided a rich source of information for carrying-out demographic, social and economic surveys so there was the need for everyone to get counted.

He said the exercise was supposed to be held in 2020, but postponed to this year because of the COVID-19 pandemic.

Mr Alhassan Sulemana, the DCIC Chairman said the census figures would be used for equitable distribution of the national cake, identified the disadvantaged population, formulation of housing policies and programmes, inter-censual survey, among others.

The DCIC Chairman, who is also the Kadjebi District Coordinating Director advised the applicants to play a non-partisan role and encouraged mass participation in the exercise.

He also appealed to the citizens to help garner accurate, factual and reliable data for development of the country.