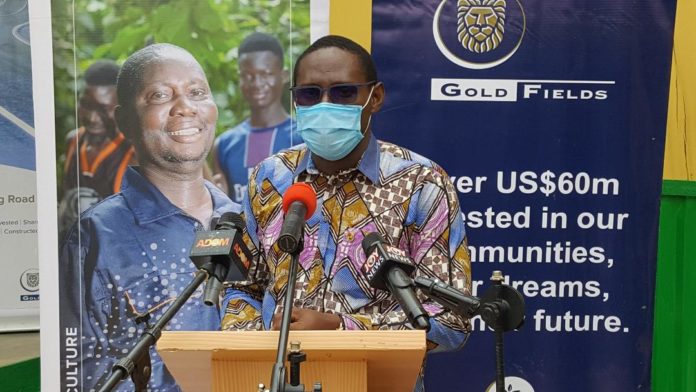 Abosso Goldfields Limited (AGL) has so far offered employment for one hundred and fifty three people from January this year to date.

Speaking at the company’s Community Consultative Committee meeting organized for its stakeholders, Mr Abdel-Razak Yakubu, Regional Manager-Sustainable Development Projects, explained that even though the COVID-19 pandemic had forced firms globally to scale down operations Gold Fields had made this remarkable achievement.

“This is a pride for the company because during these hardship times with companies laying off its workers, Gold Fields as a corporate body in Ghana has been able to engage such a number of citizens from its nine host communities at AGL” he indicated.

He said the tenure of office for the committee responsible for host community employment which commenced work in 2018 ended on February, 2020.

Mr Yakubu also thanked the members for their hard work and said a new committee wolud be established to coordinate employment issues between the company and their catch communities.

He emphasized that Goldfields Ghana since its inception engaged the service of their host communities.

The Regional Manager, mentioned that “Gold Fields sees community employment as the main tool for securing our social license. We can build schools and roads, but if we don’t make the community part of the company, they will not see the firm as their own.”

He said “These methods of employment, where we channel vacancies to the general community through committees started in 2016 and that has contributed to the peace we have been enjoying” Mr Yakubu said.

He pointed out that for the past 10 years they did not record any community agitations because of the transparency, within which the Mines approached employment matters.

Nana Kwabena Amponsah IV, Chief of Bosomtwe, lauded AGL for their commitment to improve on its operational area and beseeched Ghanaians to stick to the social and physical distancing protocols on COVID-19 to curb the spread of the disease.

Dr Isaac Dasmani, the Municipal Chief Executive for Prestea Huni-Valley was present at the meeting.