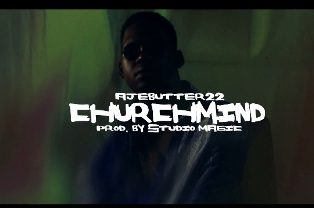 Today, February 22nd 2015 marks the one year anniversary of the successful release of Ajebutter 22’s debut album “Anytime Soon”. The project which included hits like Senrenre, Omo Pastor, Gbono and many more. It debuted number 1 on iTunes Nigeria on release and made it to the Top ten charts on iTunes worldwide. It has been going strong and helped cement his place as one of the best up and comers on the Nigerian music scene. In his own words from a message dropped on his Instagram page “1 year anniversary of my first album any time soon and I can say dropping it has been one of the proudest moments of my life. I want to thank everyone involved in making this album and a special shout out to @Platinumtoxx and @headphones91.?

As a big thank you to the fans who have supported his journey so far Ajebutter 22 drops the visuals to the fan favourite “Church Mind”. Cameos by Taymi B and David Evans.