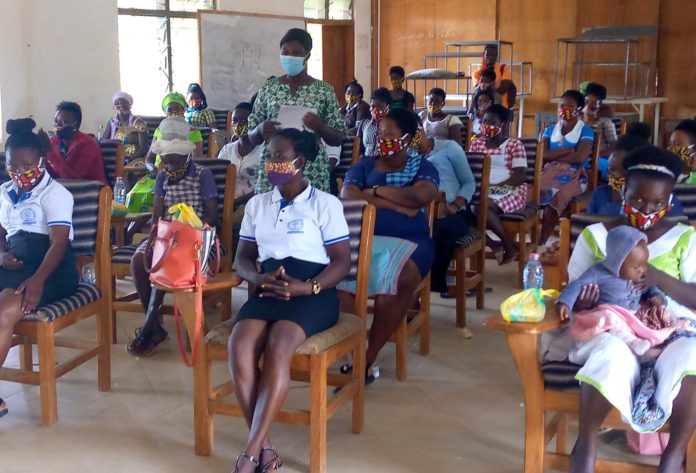 The Department of Gender in the Upper East Region has called on apprentices to accord their trainers due respect in order to enable a conducive working environment for all.

The Children’s Act 560 which defines age 15 as the minimum age for one to go into apprenticeship, requires the apprentice to faithfully and diligently serve his or her Master at all times.

The act 560 further urges that, disputes related to an apprenticeship agreement shall be referred to the district labour officer of the district concerned.

Mr James Twene, the Upper East Regional Director of the Department of Gender, said this at a programme organized at Anafobisi in the Bongo District, Upper East Region, aimed at building the capacities of young girls in relation to trade and their reproductive health.
It was also meant to strengthen master, apprentice relationship.

He said a good working environment would enhance effective training and acquisition of knowledge and skills from master to apprentice.
Madam Esther Mbilla, a Registered General Nurse with the Bongo District Health Directorate, called on young girls to know their reproductive system and make the right choices with regards to their health.

She said knowing their reproductive health and rights would prevent teenage pregnancies and child marriage that were prevalent among young girls in the rural settings.

She called on teenagers who would not heed to messages of abstinence and were sexually active to visit nearby health facilities for sex education.

Madam Mbilla urged parents to provide their wards with the basic necessities of life in order to prevent behaviour that is not good for the development of the youth.