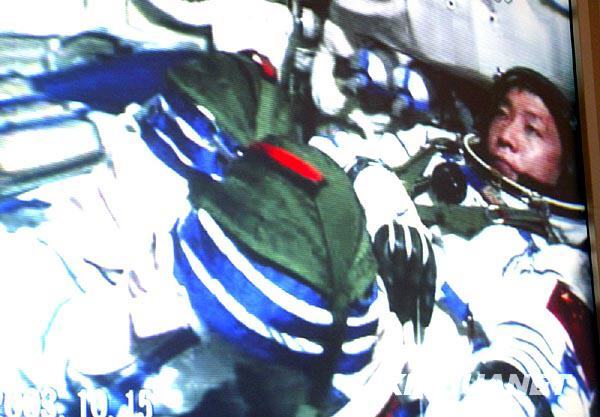 A mysterious banging noise on the surface of a spacecraft that baffled a Chinese astronaut turned out not to be aliens, but the result of air pressure changes. Yang Liwei, China’s first astronaut, aroused public attention when he revealed in a television interview in late November that he heard an unexplained sound like “knocking an iron bucket with a wooden hammer” from outside his capsule during his maiden mission in 2003, leaving him puzzled.

On Thursday, when the famed astronaut attended an event at a school in the eastern city of Ningbo, Zhejiang Province, the question of the mysterious noise was raised by students.

Yang said that according to what he learned the knocking sound was a result of decreasing air pressure that caused changes in the structure of the spacecraft as it left Earth for space.

He said air leaking out of the objects in the capsule could also cause noise.

“I think it is normal,” Yang said. “It is necessary to carefully identify the cause.”

Yang’s explanation echoed with space scientist Liu Hong, who wrote an article for the popular Chinese science website Guokr.com, saying that she believes the sound comes from tiny deformations in the space capsule’s inner wall materials due to changes in pressure.

Liu is the chief designer of Lunar Palace 1, a facility for conducting bio-regenerative life-support systems experiments key to setting up a lunar base. She said during a 105-day manned airtight test, researchers in the capsule also heard the strange noise.

“They thought someone was knocking outside but no one was found,” Liu wrote. “They got agitated at first, but later calmed down to look for the source of the noise.”

Researchers finally realized a change of capsule temperature would cause a change in air pressure, and the difference in pressure between the inner and outer walls of the capsule caused tiny deformations of the wall materials, producing the sound “Dong! Dong! Dong!”

“We may encounter all sorts of unexplained phenomena as we explore the unknown, but we should always seek a scientific explanation. That is what drives up forward,” Liu said.

Russia and US Continue to Cooperate on ISS, Remain ‘Professional’ – Bill Nelson