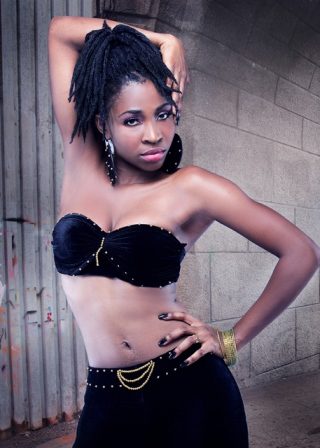 AK Songstress??Talks About the concept of ?Bully Boy? as Song Drops?on 1st?October. “What every woman wants but can’t talk about it”

Ahead of the release of her new single?‘Bully Boy’?Ghana?s dancehall empress AK has expressed desire and wish in getting every woman in turning her man into a ?Bully Boy?.?Most people are not raised to discuss sexual matters openly, and when sexuality is taught, it is often done in a derogatory manner.

The reggae/dancehall artist discusses this social problem that most women keep quiet about and suffer silently when it comes to their sexual desires in their relationships.

According to her this is really a big problem confronting most women in our society in relationships. ?I think it?s important to understand that it is normal for sexual desires to wane a bit in long-term marriage. I don?t think people are always honest when they participate in surveys about how often they have sex and that creates a feeling that ?something must be wrong with us?. I wonder how hard it will be for a reporter to find a couple to talk about being sex unhappy in marriage or relationship? I bet it will be a short list of possible people to interview. People don?t want other people to know what is going on in their bedrooms. It?s scary? she said.

AK noted most couples worry about being judged, or that their marriage or relationship is somehow broken. ?I personally think there is a lot more to relationships than sex but sex is still an important part of every relationship. We talk a lot about sex but rarely to the person that we have sex with? she hinted.

The energetic performer went on to say that having this discussion especially if you unhappy, is probably the most vulnerable conversation a couple can have. She disclosed most people are often shut down around the sex conversation because they worry that??their partner won?t accept their true desires, or worse- that they will judge them. ? It requires an ability to be really vulnerable with your partner, and there is no book that can really teach you how to do that. Sometimes you just have to lean into your fears, and do it. you can have a sex happy marriage even in a long term one. It takes a lot of vulnerability, many conversations, and an understanding that sex is like our economy. It has it?s ups and downs but that does not mean you can?t be in it for a very happy and fulfilling lifetime.?TURN YOUR MAN INTO A BULLY BOY OR HE IS ALREADY A BULLY BOY???the reggae/dancehall artist asked smiling.

Findings on Kenya athletics chief expected to be released in March