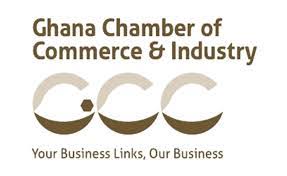 The Central Destitute Infirmary, located in the Bekwai Municipality, has called on the Government to act quickly to save the facility from further deterioration.

Lack of basic requirements, according to management, is stifling maintenance of Ghana’s only destitute home built to provide and care for the vulnerable including the aged in society.

The infirmary built in the year 1957, was running on government’s subvention, but was irregular, while the infrastructure housing the inmates whose numbers were dwindling, kept deteriorating, Mr Raphael Amexo, the officer In- charge of the facility said.

“The situation had been “very bad” as the inmates keep dying, while other few buildings keep collapsing due to non-maintenance,” he said.

“I am appealing that, the government authorities act quickly to salvage the situation,” he added.

He made the appeal when the Kumasi Chamber of Commerce and Industry (KCCI), donated some items to the facility.
The items included; bags of rice, beans, boxes of sugar, cooking oil, tins of milk and other edibles as well as detergents and toiletries.

Mr Amexo called on benevolent organisations to assist the facility with the needed logistics to help in its smooth running.

Ms. Jacqueline Bondzie, the Executive Secretary of KCCI, handing over the items to the facility tasked them to use the gifts for the benefit of the inmates and pledged that the Chamber would continue to support them to care of the destitutes.