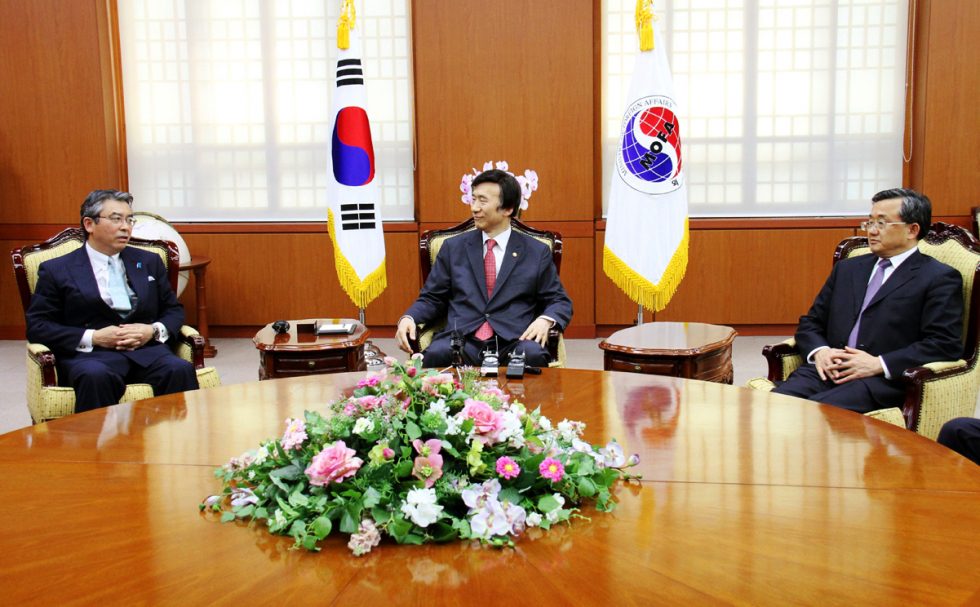 China-Japan relations went through twists and turns in recent years. Bilateral relations are improving with a fragile foundation. The two countries should keep a grip on the right direction of bilateral relations with a due sense of responsibility, said Chinese Premier Li Keqiang.

Li said China is willing, in the spirit of taking the history as a mirror and looking into the future, to make joint efforts with Japan to strengthen political mutual trust and promote bilateral relations back to the track of normal development.

He stressed that no ambiguity or vacillation is allowed when it comes to the matters of principle concerning the political foundation for the normalization of China-Japan relations.

He urged Japan to really pursue a positive China policy, adhere to the four political documents between the two countries, and appropriately handle the sensitive elements having fundamental impacts on bilateral relations.

Premier Li said Japan should create a favorable atmosphere for the gradual resumption of bilateral dialogue and cooperation mechanism and the trilateral summit among China, Japan and the Republic of Korea (ROK), and help improve the sentiment of people of each other and enhance people-to-people exchanges.

China, Japan and the ROK restarted the trilateral leaders’ meeting in last November, ending a period of diplomatic deadlock due to heightened regional tensions. The three countries take turns to host the meeting and this year the chair goes to Japan.

Li also called on the two countries to strengthen cooperation in all areas to benefit the two peoples.

Kishida said the Japanese side, in the spirit of the four political documents, is willing to adhere to the consensus with China that the two countries are each other’s cooperative partner rather than threats.

He said Japan is willing to pay mutual respect, strengthen mutual trust, control disputes, and advance the bilateral relations initiated by elder leaders of the two countries and build a Japan-China relations facing toward the future.

During the talks with Kishida on Saturday morning, Foreign Minister Wang Yi made a four-point requirement on improving China-Japan ties.

Firstly, in politics, Japan should stick fast to the four political documents between the two countries, face up to and reflect upon history and follow the one-China policy to the letter, Wang said.

No ambiguity or vacillation is allowed when it comes to this important political foundation of bilateral ties, he stressed.

Secondly, in terms of its outlook on China, Japan should translate into concrete actions its consensus with China that the two countries are cooperative partners rather than a threat to each other, according to Wang.

Japan should take a more positive and healthy attitude to the growth of China and stop spreading or echoing “China threat” or “China economic recession” theories, said Wang.

Thirdly, in terms of economic exchanges, the Japanese side should establish the concept of win-win cooperation, discard the outdated idea that one side cannot do without the other side, or one side depends more on the other side.

Instead, Japan should enhance equal-footed and pragmatic cooperation with China based on mutual benefit, Wang said.

Fourthly, in terms of regional and international affairs, the two sides should respect each other’s legitimate interests and concerns, and communicate and coordinate with each other in a timely fashion, said the minister.

Japan should cast aside the confrontation mentality and work with China to maintain peace, stability and prosperity in the region, added Wang during the talks.

There is still a lack of trust between the two sides although China-Japan relations have shown signs of improvement, Wang said, stressing the root cause for twists and turns in bilateral ties is Japan’s outlook on history and China.

Kishida’s visit to China is of positive significance, Wang said, calling on the Japanese side to demonstrate sincerity, square its words with deeds and put bilateral relations back on the track of sound development with concrete actions.

Kishida highlighted that China’s development means opportunities for Japan, saying the Japanese side commends China for its positive role and contribution in many international and regional affairs.

As the world’s third- and second-largest economies, Japan and China shoulder more responsibilities for the development and prosperity of Asia and beyond, Kishida said.

The Japanese side would like to reaffirm that China and Japan are partners rather than threats to each other, he said, noting Japan is willing to follow the four political documents and the four-point principled agreement between the two countries.

On the basis of reflecting upon history and pursuing peaceful development, Japan stands ready to join the Chinese side in building mutual understanding and trust, expanding exchanges and cooperation across the board, said Kishida.

He expressed willingness to work with China in properly managing differences and crises, and broadening the positive dimension of bilateral relations to build a Japan-China relationship in the new era.

Kishida also thanked China for its sympathy with and assistance to Kumamoto Prefecture, which was hit by earthquakes in mid-April.

Kishida is paying an official visit to China from Friday to Sunday, the first since he took office over three years ago, and the first by a Japanese foreign minister in four and a half years.