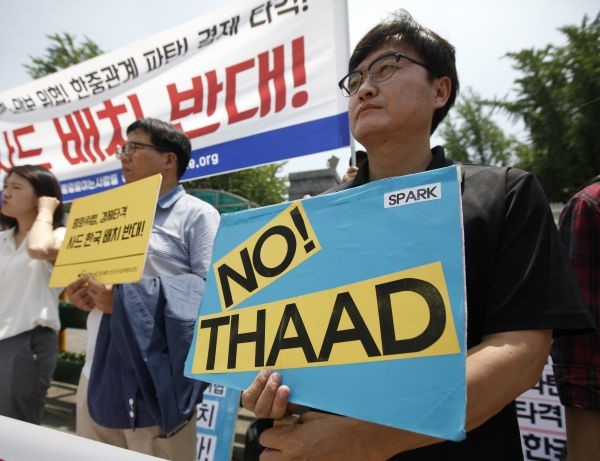 China is firm in its resolve to oppose the deployment of the Terminal High Altitude Area Defense (THAAD) system and will never be hesitate in taking necessary actions to safeguard its own security interests, People’s Daily stressed in a commentary published on Saturday, criticizing the ROK government and its business’s stubborn persistence in THAAD deployment. 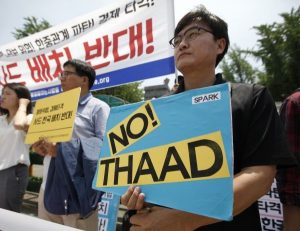 The editorial under the pen name of Zhongsheng, which is usually used to voice China’s stance on foreign affairs, came amid pouring anger and blames from Chinese government and media against the ROK government and Lotte Group, the country’s fifth-largest conglomerate.

Lotte put itself on fire after it agreed on a land swap deal to enable an early deployment of the US-backed missile shield system. The swap, which gives the ROK defense ministry the Lotte Skyhill Country Club in Seongju County, North Gyeongsang Province, for the deployment of the THAAD system, paves way for a speedy installation of the system by late June at the earliest.

Lotte’s latest decision trapped itself into a complicated strategic game in Northeast Asia. The panicky local media, in recent days, have been busy with guessing whether the retail giant will be sanctioned by China.

It is true that the decision of Seoul and Washington to deploy the THAAD system last July has severely damaged the public foundation of China-ROK cooperation, the article pointed out, indicating that the political estrangement has been spilled to economic, trade and cultural exchanges.

It is predictable that bilateral cooperation will definitely meet more icebergs if the ROK is stubborn on its decision, the paper stressed.

China welcomes foreign companies investing in the country and will always protect their rights and interests, but their operation should be in compliance with laws and regulations, a Foreign Ministry spokesman said in a recent conference while responding a question regarding whether China would take punitive measures against Lotte.

“Chinese market and consumers will determine whether a foreign company is successful in China,” the paper reiterated the stance, refuting ROK media’s groundless claims that China is sanctioning the retail giant.

Lotte’s agreement on the land swap deal is pushing ROK government towards a wrong path since the THAAD deployment will not only damage the strategic security interests of its neighbors, but also deteriorate regional crisis, the paper commented.

“Chinese consumers’ resolute and voluntary fight back never crosses the line of law, and it is a natural outcome that the company should have predicted before it made the decision,” it added.
Though some ROK public labeled what Lotte did with “patriotism”, the article noted that it is a kind of “fake patriotism” since the decision to pave way for THAAD installation will surely endanger the country.

“It cannot help with the process to denuclearize the Korean Peninsula, but create more conflicts and confrontations”, the article analyzed, warning that water on the whole peninsula will be meddled as a result.

What’s worse, if the ROK is kidnapped to a war chariot by the US, it would lose its rights to make a decision, the People’s Daily said, concluding that the country will certainly suffer from heavy losses once clashes break out.

By Hu Zexi from People’s Daily