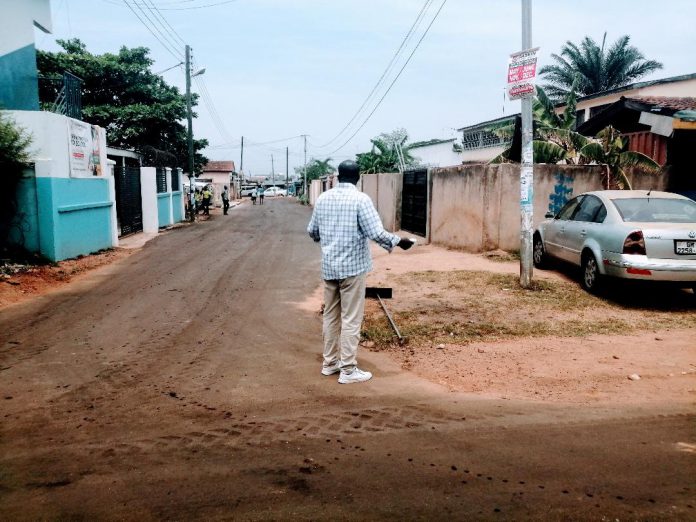 Mr Isaac Ashai Odamtten, Member of Parliament for Tema East Constituency has called on the Tema Metropolitan Assembly (TMA) to create more bus stops and terminals on the Community one to Tema Manhean road to ease the perennial traffic on that stretch.

Sspeaking on the Tema-Ghana News Agency and MTTD road safety platform he said that stretch had challenges,“we must all face the challenge that our road corridors do not have enough space for pedestrian and passenger dropping, a typical example is from Ghacem traffic light right down into Manhean community, you have no bus stop till the station in Tema Newtown and so it’s a design challenge.”

He said probably at the time of constructing the road, a factory like Pioneer and other companies were not there so there were reservations that vehicles could easily veer off to park.“But with the increasing population, increasing economic activities, and development catching up within the area, there is a challenge.

“So how do we deal with it, is it with high handedness, or capricious application of the regulations and enforcement of the laws, we need a good balance and state actors such as the TMA, MP, and national government must begin to look at some of these corridors,” he said.

He said his interactions with residents and opinion leaders, he had identified a place just after the Chemu bridge behind the Naval Base which could be used for the creation of a bus terminal to serve the people on the Zingishore and Abonkor corridor and their environs as most people often alighted there.
Mr Odamtten said if a terminal was created there, it would help ease the traffic situation there.

“Once we have a terminal there, certainly we will be killing two birds with one stone because the passengers will be safer and vehicles will have a place to park and traffic will also go,” he said.

Mr Odamtten said “a situation where a taxi driver gets off the road and identifies a reservation good enough for parking and disembark a passenger and then he gets arrested was not the best, but if he stops in the middle of the road, he must be arrested.”