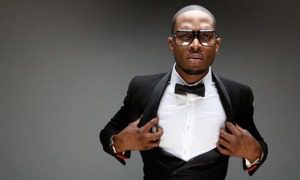 Koko master (D?banj) has issues with his landlord over his accumulated unpaid rent in his Lagos home in Nigeria.

A source close to D?Banj told P.M.NEWS that the singer has been having a running battle with his landlord over unpaid rent on his apartment which had even expired some months back.

The source said the landlord has even threatened to throw him out of the apartment if at the end of this year the embattled singer failed to meet up with his financial obligations.

The singer had recently took to his Twitter handle to denounce reports that he was broke and has incurred a huge debt.

When P.M.NEWS Entertainment Cafe ran into the artiste at an event held at The Blowfish Hotel on Victoria Island early this week, he avoided making comments on the issue, even after much persuasion.

Trader to face court for indiscriminate dumping and burning of refuse

Parents told to prioritize issues of their children