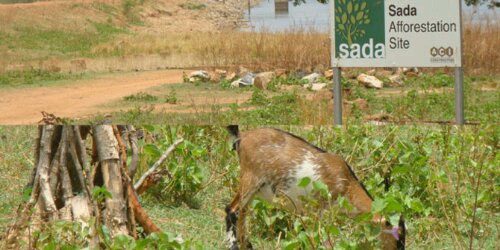 Dr Charles Abugre, Chief Executive Officer of Savannah Accelerated Development Authority (SADA), has suggested the depolitization of the various development authorities to be instituted by the government to ensure sustainability.

He said the authorities could only stand the test of time and change of government if they are not partisan and managed by politicians.

Dr Abugre made the suggestion during a stakeholder consultation forum organized by the Western Region Coastal, Foundation (WRCF) on “Coastal Development Authority BILL 2017, in Takoradi.

The forum attended by traditional rulers, civil society organizations, representatives from the government and private sectors was to provide an opportunity for all stakeholders to brainstorm on the draft coastal development authority Bill 2017.

It also offered critical inputs to fine tune the Bill to ensure that the provisions reflect the aspirations and desires of the people within the authority catchment area.

Dr Abugre, who shared lessons from SADA, said there is the need for the establishment of the authorities on a sound footing and called for a stakeholders-coordinators commission to ensure that all hands are on deck.

He said there is then need for the right institutions be put in place as well as clear master plans to spell out their expectations.

Dr Abugre said it is equally important to put in place sound accountability process and administrative systems, noting that if these are in place, even with the change of government the activities and programmes of the authorities would not be affected.

Madam Gifty Eugenia Kusi, Deputy Western Regional Minister, said the main objective of setting up the Development Authority was to mobilize, manage, coordinate and provide financial as well as human resources to support a diversified portfolio basic infrastructure, social and economic enhancement programmes to accelerate the development of the regions which fall within the jurisdiction of the authority.

She called for the resuscitation of the defunct western rail line, revamp collapsed companies, construct a new regional airport, tackle illegal mining and improve upon the road network.

Awulae Attibrukusu III, Chairman of WRCF, said one of the core mandates of WRCF was to facilitate meetings at which constructive suggestions are provided to enrich government policy and programme, influence corporate social investments and to engage communities on socio-economic opportunities.

He expressed happiness that WRCF has been able to bring together expertise from all the 22 districts of the region to discuss the coastal development authority Bill.

Awulae Attibrukusu described the proposed coastal development authority as unique since it was geographically limited to the coast and covered not one but four region -namely Volta, Greater Accra, Central and Western Regions.