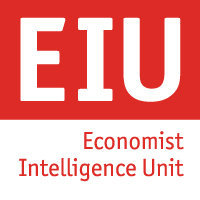 Indeed, desperate people always resort to desperate measures. When desperate people find their backs to the wall, they do all what they could to look good. To those desperate people, just hanging in and scratching at everything on sight is the only right thing to do no matter whom they hurt on the way, and the amount of lies they spew down the lane. I need not teach any Ghanaian that Nana Addo Dankwa Akufo-Addo is one heck of a desperate man looking desperately for power, even though the odds are heavily against him.

Therefore, the NPP hacks notably Gabby Otchere Darko, another desperately desperate individual, who also doubles as the cousin of Akufo-Addo, are throwing a lot of dust into the eyes of Ghanaian voters just to put Akufo-Addo first on the finishing line. The reason is obvious: If Akufo-Addo tumbles on December 7, many of his political hacks even including his lying running mate Mahamadu Bawumia will become political history.

That is why the NPP people are largely hinging their political hopes on bogus polls and prophesies by Owusu Bempah. Owusu Bempah has virtually turned God into a politician who only cares about Akufo-Addo and no one else. Therefore, God daily reveals what is going to happen to Akufo-Addo and leaves the rest of the Ghanaians to their fate. My next article will dwell more on Owusu Bempah.

Last week the London based Economic Intelligence Unit (EIU) predicted again that Akufo-Addo would coast to victory in the December polls making the NPP extremely happy. The NPP people jubilated and went to bed extremely, extremely happy. But when you read the report, there was one fine line that the NPP missed.

The so-called analysis by the EIU was done when the Electoral Commission had not yet disqualified any presidential candidate. Therefore, the analysis by the EIU if it should even be taken serious at all, did not factor in how the polls is without the disqualified candidates. So, the NPP people must not start waiving their victory handkerchiefs yet. The other important issue that Ghanaians must know is that the report by the EIU was solely based on interviews they conducted in Accra largely relying on views by NPP supporters.

Indeed, if you live in Accra and listens a lot to radio and television, which has been captured and under the ambit of the NPP, you will conclude that President Mahama and the ruling NDC government will just be lucky if they get even 10 percent of the votes in the upcoming national elections. The shouting, lying, false rumour and all will make anybody conclude that Akufo-Addo has won handily and that it just a matter of time for him to go to the Flagstaff House.

Therefore, I will implore intelligent Ghanaians to just step out of Accra or the Greater Accra Region and get a better political feel for themselves. My take: The NPP and Nana Akufo-Addo are not in any way closer to winning the December polls with this lacklustre attitude or performance. Polls are generally won on past performance or credible and verifiable campaign promises.

Throwing dust into the eyes of voters just to get elected into political office is a thing of the past. Ghana has passed that stage. Which is why all the lies by the NPP against the massive infrastructural development by President Mahama, which is evidently seen in every region of the country, is not flying beyond the political turf of Accra.

But just last week, NPPs Member of Parliament for Manhyia South, Dr Mathew Opoku Prempeh, stated that Ghanaians should not applaud President Mahama because all the infrastructure projects he had undertaken was done with the loans contracted by ex-President Kuffour before he left office.

If you therefore want to go by Prempeh’s assertion, then the NPP can never accuse President Mahama of borrowing recklessly. Indeed, what Prempeh is telling Ghanaians is that President Kuffour was rather the reckless borrower.

This statement is what I expect the NDC Communications Brigade to run with it. It must never be allowed to go under the carpet. The NPP people have this false notion that they can say anything and get away with it thinking Ghanaians do not have a mind of their own to analyse every single thing they say.

With or without the EIU bogus report, President Mahama will win the December polls. I did my prediction in 2008 and 2012, and I was right. And I will be right again. I will never say the NDC or President Mahama will have it easy. The NDC have a lot of grass to cover. The leadership of the party have to excite the party’s base.

The NDC have to sell Mahama to the electorate. The NDC should use facts on the ground. The NDC should not use lies as being done by the NPP! The NDC should tell their base that they are also on the ballot, and that if they stay home, they do so at their own peril.

It is not officials of the EIU who are going to vote on Election Day! We are! So let the NDC brigade get to work. There is still more work to be done.

This is what I’m leaving with you for now!